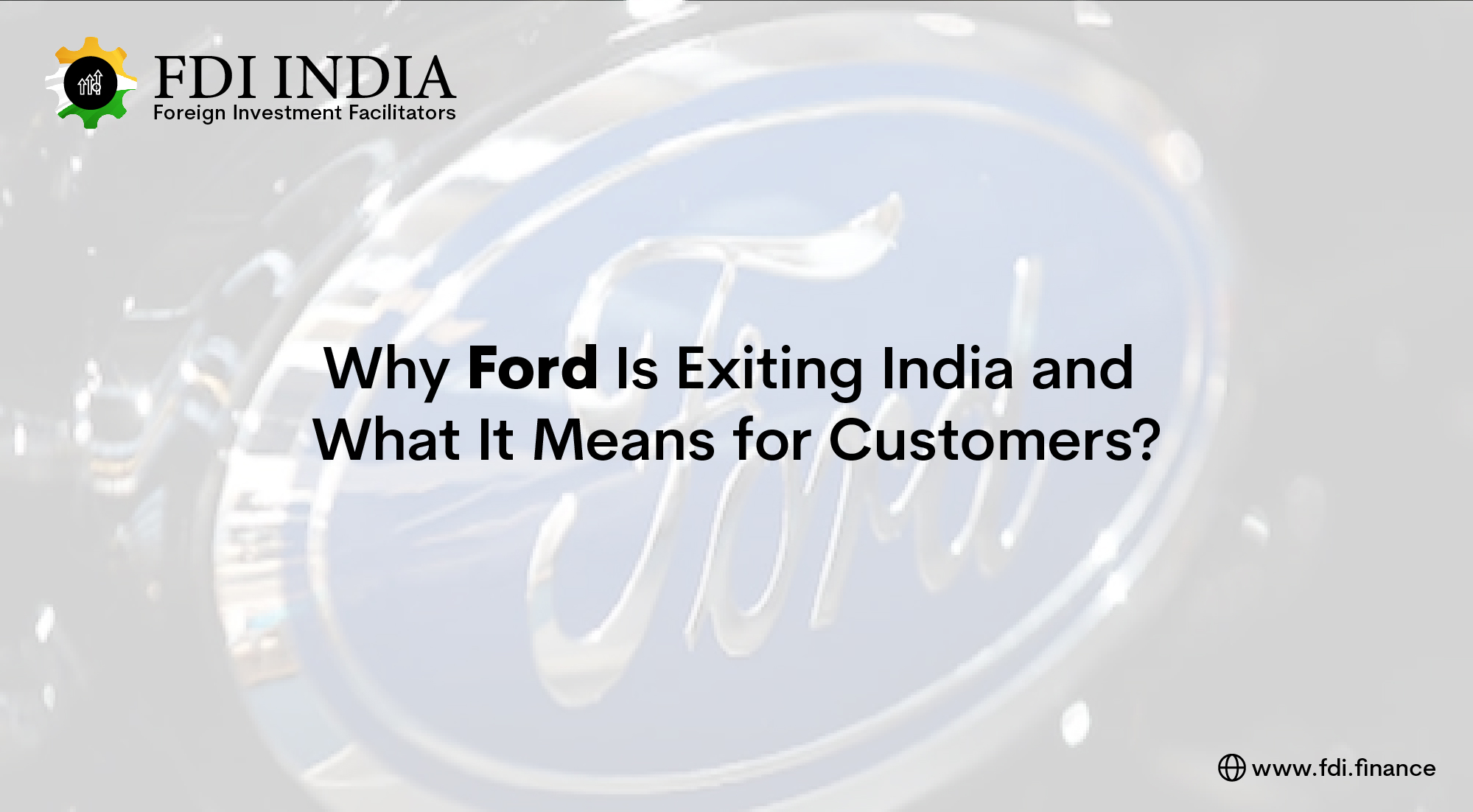 Why Ford Is Exiting India and What It Means for Customers?

Why Ford Is Exiting India and What It Means for Customers?

Simply put, Ford has lost over $2 billion in the past decade, according to Jim Farley, the company's president and CEO. When you include in the significant decrease in demand and the hefty operating expenses of Ford's Sanand factory, it became clear that it was no longer viable to continue operations.

Ford saw a plan for another joint venture with Mahindra & Mahindra fall by the wayside before Ford's combined production rate in India fell to 20%. Things seemed to be looking well for Ford, with shared knowledge, manufacturing facilities, platforms, and engines on the horizon, until the JV was called off early this year. The JV was and continues to be the topic of considerable conjecture because to a lack of clear information from either brand as to what caused it. What cannot be denied is that Ford staked everything on the JV working out, and was left without a paddle if it didn't.

According to Ford's announcement, the company will stop producing vehicles in India and close its Sanand and Tamil Nadu plants by the fourth quarter of 2021 and the second quarter of 2022, respectively. Ford India's President and Managing Director, Anurag Mehrotra, said the firm explored a variety of alternatives, including collaborations, platform sharing, and even selling its factories.

“Years of cumulative losses, chronic industry overcapacity, and a lack of anticipated growth in India's auto market bolstered the decision.”

So, what does this mean for the customer?

Ford isn't going out of business as its American rival General Motors did. The company has said unequivocally that it would continue to supply replacement parts and assist clients with maintenance.

While dealers would most certainly be impacted, Ford will continue to import high-end vehicles such as the forthcoming Mustang Mach-e, Ford Ranger, and, of course, the Mustang. SUVs such as the Ford Bronco seem to be on the way. Existing models such as the EcoSport, Figo, Aspire, Freestyle, and Endeavour will no longer be available for purchase after stocks have been depleted. Customers remain the brand's primary focus, and the company continues to collaborate closely with current workers, unions, dealers, and suppliers.

The Ford India narrative seems to have reached an insurmountable stumbling block after 23 years. But it's not over yet.