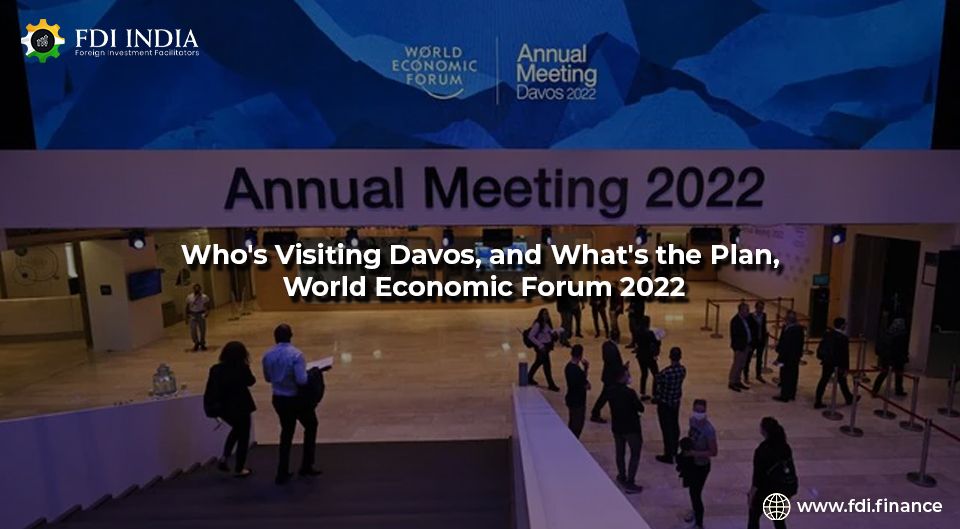 Who's Visiting Davos, and What's the Plan, World Economic Forum 2022

Who's Visiting Davos, and What's the Plan, World Economic Forum 2022

The presence of an Indian delegation at Davos is being closely scrutinized by international investors. India has emerged as a location of political stability and economic dynamism as other investment destinations become increasingly questionable. The administration is taking advantage of the mood by highlighting its progressive choices and the emergence of Unicorns as world leaders.

India's Davos strategy differs greatly from prior years. The Indian delegation is putting forth extra effort to strengthen internal cooperation, led by Commerce and Industry Minister Piyush Goyal. Before the conference began, Goyal encouraged all delegates to offer their perspectives on India's position. He then had another meeting with business leaders, young businessmen and government officials on the first evening. The conference, which lasted more than an hour, finished at 11 p.m. The input was taken into account, and a resource centre specific to India was built.

During meetings with major worldwide investors, the government wants the delegation to speak with one voice. The goal is to keep a close eye on public perceptions of India and respond to questions with facts.

Goyal's ministry, Invest India officers, and top members of the Confederation of Indian Industry (CII) are working with state governments to develop a uniform response to a variety of concerns. All delegates are receiving briefing papers from the ministry on topics such as India's position on Ukraine, gas purchases, wheat exports, and PLI programmes. So that there is no uncertainty about numbers, the most recent trade and investment figures are made available.

Ministers from Tamil Nadu, Maharashtra, Telangana, Andhra Pradesh, and Madhya Pradesh have gathered in Davos to engage with international investors. While the spirit of competition is essential, all states will highlight the government's recent efforts to boost investments at both the national and regional levels.

This is especially critical now as Europe is grappling with the conflict in Ukraine. Industry leaders and government officials feel India has to present itself as a stable, reforming, and rising economy. Global investors are concerned about the implications of the Ukraine conflict on the United States and Europe. Since the mistreatment of renowned entrepreneurs like Jack Ma, China's tale does not appear to be optimistic. Furthermore, investors are wary of the debt crisis that China's economic diplomacy has sparked in various nations.

On the other hand, according to the estimates, India is set to grow at over 8 percent. The increase in FDI and Investment is adding to the economy's good outlook.

Sunil Mittal, Hari Bhartia, Anish Shah, MD & CEO Mahindra & Mahindra, Sanjiv Bajaj, Sumant Sinha, Adar Poonawala, and Pawan Munjal are among the Indian delegation's legacy leaders. They're mingling with young unicorn creators like Zerodha's Nikhil Kamath, Easemytrip's Prashant Pitti, Coinswitch's Ashish Singhal, and Meesho's Vidit Atrey. For many young entrepreneurs, this is their first trip to Davos. The founders are pleasantly delighted by the attention they are receiving from delegations from India and other countries, which the government proudly refers to as the rise of unicorns in India.

While the rest of the world struggles with uncertainty, business leaders are urging the government to be aggressive in promoting the region as a hub of economic activity. They argue that now is the time for India to declare its strengths loudly.