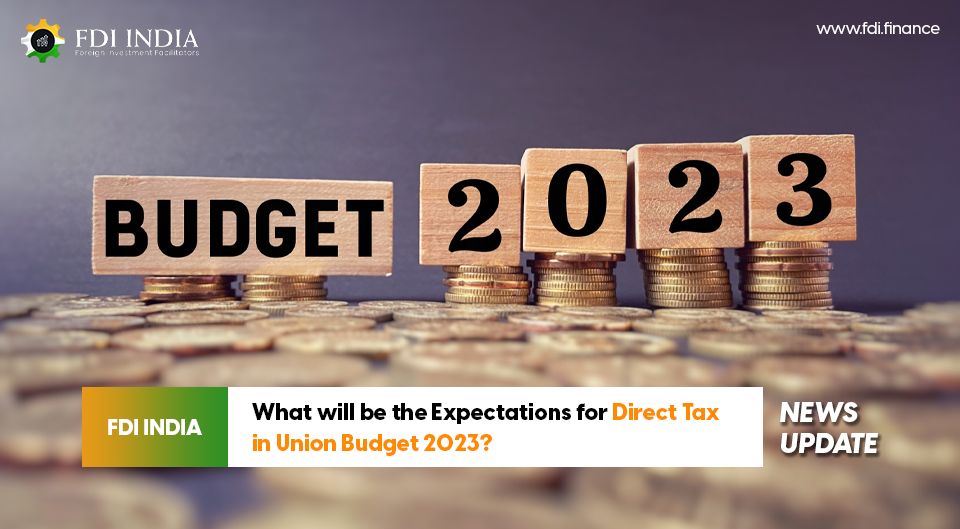 It is indicated by Finance Ministry that India is on track toward fulfilling the fiscal deficit target of 6.4% of GDP for the Financial year 2022-23, given the buoyancy of higher tax revenue. While this is good news, there remains a lot to be done in terms of strengthening tax revenue. The tax to GDP ratio of India is at 10-11%, which is a lot lower as compared to the average of other emerging economies, where it is 21% of GDP, while the corresponding ratio of OECD nations is at 33%.

Against this background, one can expect the upcoming budget to continue its focus on fiscal consolidation through increased tax revenues. Fiscal consolidation coupled with simplification and rationalization might be the overarching themes of this budget.

India has seen a huge surge in FDI in the manufacturing sector in the recent past. (76% increase in FDI in FY 21-22). A part of this increase can be attributed to the introduction of a lower tax regimen for domestic manufacturing companies. (15% tax rate in 2019). The benefit of a 15% tax rate is presently available to the companies set up, and operations will commence on or before 31 March 2024. Extending this timeline may encourage further investment in manufacturing.

Both sections have a sunset period of 1 July 2023. This budget might consider extending the period, which will help Indian entities in their funding need and provide attractive opportunities for investment regarding foreign investors.

According to UBS Securities, India’s next Major Growth Drivers are Capex, Manufacturing and Digitalization