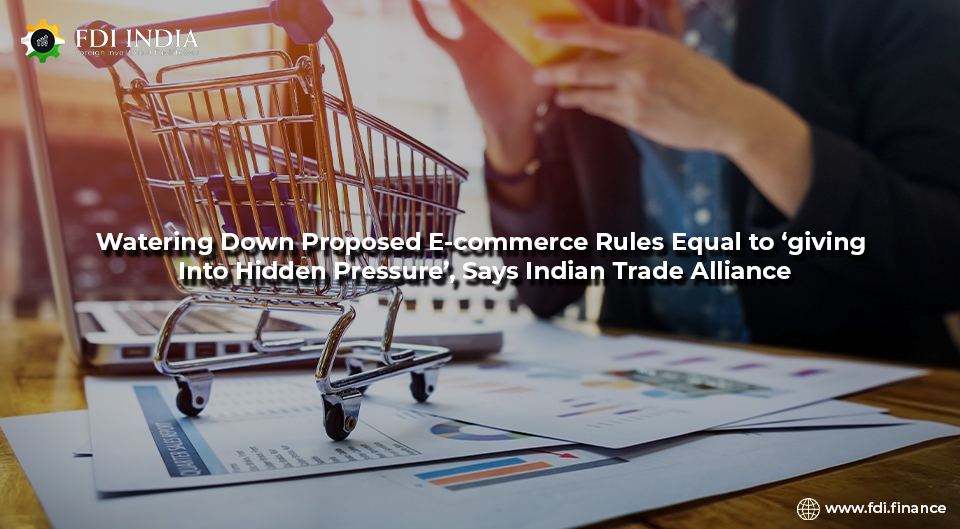 The Confederation of All India Traders (CAIT) has written to Union Consumer Affairs Minister Piyush Goyal, asking to implement the proposed e-commerce rules without any dilutions, in light of recent reports that the Center may provide relaxation in certain provisions.

“Any dilution in the proposed e-commerce rules under CPA (Consumer Protection Act) will percolate a strong feeling across the country that the government has succumbed to some hidden pressures,” said the traders’ body.

The statement further added that if the government changes the regulations, it will signal that the Center has offered the e-commerce territory to the global e-commerce giants to “twist the e-commerce trade to their advantage even at the cost of flouting the laws”.

CAIT also refuted the argument that abidance by stricter e-commerce regulations may have an adverse effect on foreign direct investment (FDI) inflow.

“Through e-commerce, no substantial FDI is entering into India. Rather the money which comes under the guise of FDI is used for cash burning or to support huge losses incurred by global e-tailers,” said the association.

“It has been duly established that several foreign-funded e-commerce companies are indulging into predatory pricing, deep discounting, loss funding, exclusivity, owning inventory and seller system in their business practices, facilitating sale of prohibited goods like marijuana as per a recent racket busted by Madhya Pradesh Police,” it further added.

The Consumer Protection (E-Commerce) Rules, 2020, were implemented in July 2020. The consumer affairs ministry announced a revised draft of the rules in June 2021 to enhance the regulation of trade practices by e-commerce organizations.

The proposal mentioned making e-commerce marketplaces responsible for various elements of online trade, such as establishing solid grievance redressal mechanisms, ensuring the quality of goods sold through the platforms, and eliminating market-warping discounts.

The new regulations are estimated to have a notable effect on India’s e-commerce industry, which is expected to touch $111.4 billion in market value by 2025 from $46.2 billion in 2020, propelled by factors such as higher internet penetration and smartphone user base.

Sri Lanka Asks India for a $1.5 Billion Credit Line to Save Its Economy