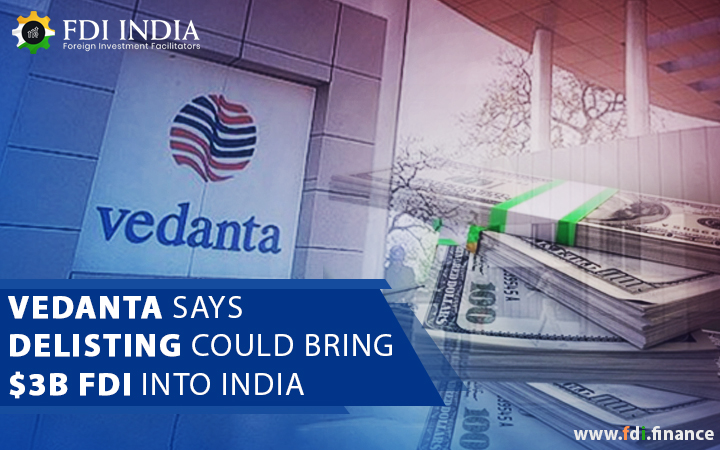 Vedanta Says Delisting Could Bring $3B FDI Into India

Vedanta Says Delisting Could Bring $3B FDI Into India

After the bid of material major Vedanta Ltd got delisted last week, the company claimed that if the bid was successful, it would have benefited with $3.15 billion foreign direct investment (FDI) into the Indian economy.

On Tuesday, the company acknowledged SEBI, BSE, the banks, its shareholder and advisors and assured that it will emerge as a listed company in the Indian exchange.

It said that launching the delisting bid to garner around 134 crore shares was a "mammoth" task.

"We saw enthusiastic participation by our shareholders that took us within striking distance of our goal, short by only 7 per cent," it said.

"The bid would have resulted in FDI inflow of over 3.15 billion dollars into the Indian economy and helped boost growth between 0.4 per cent and 0.8 per cent through the multiplier impact of such large infusion of funds," said the statement.

The statement also confirms that the company will look forward to the superlative opportunities, and growth, and will strive to achieve the target of self-sufficiency in the natural resource sector.

Anil Agarwal’s Vedanta Ltd also notified on Saturday that the delisting offer failed as the sufficient number of shares were not being offered by the shareholders.

To cross the benchmark of 90 per cent shareholding about 134.12 crore shares needed to have been tendered resulting in a successful delisting of the shares.