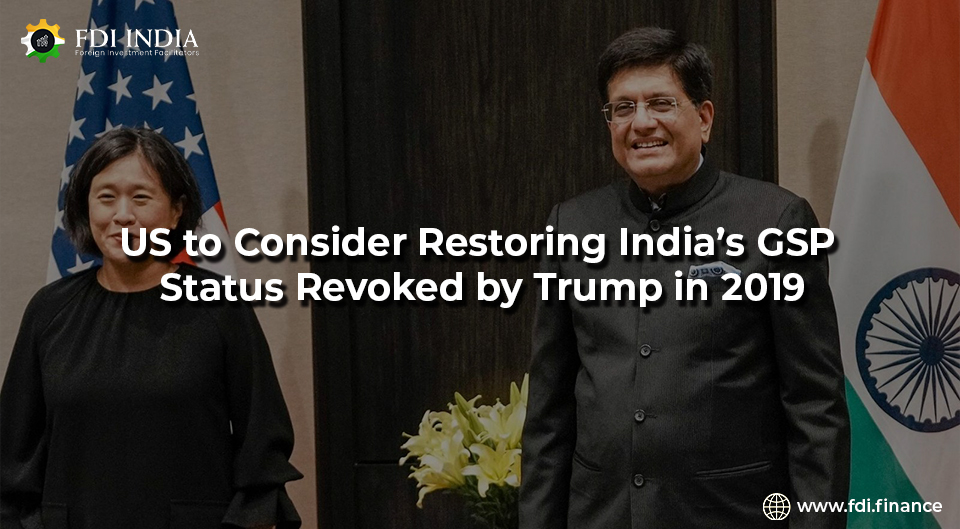 India-US trade relations are on the verge of a breakthrough as the Biden administration has said that it could consider restoring India as a beneficiary to its generalized system of preferences (GSP) program.

India expressed its desire to have the GSP status restored at the twelfth ministerial-level meeting of the India-US Trade Policy Forum (TPF) in New Delhi. The US said that this could be considered, keeping in mind the eligibility criteria as decided by the US Congress.

This is an effort of the Joe Biden-led government to break down Trump’s legacy which affected US bilateral as well as trade relations with other countries.

United States Trade Representative (USTR) ambassador Katherine Tai appreciated the recent series of economic reforms by the Indian government which include the elimination of the retrospective tax, liberalization of FDI in the insurance sector and the launch of the ‘single window system’ for streamlining the investment process.

Over 5.5 billion goods went duty-free in 2017 under the GSP program, making India the largest beneficiary. The Trump administration had revoked India’s GSP status, accusing the country of not fair market access to some US products such as medical equipment.

Both the countries highlighted the rapid recovery in bilateral trade this year (From January till September), which almost 50% growth rate over the same period in the past year.

The USTR office, in a joint statement by the India-US Trade Policy Forum, said that the meeting was held to further the process of achieving the goal to “develop an ambitious, shared vision for the future of the trade relationship”, as announced by the US President Joe Biden and Prime Minister Narendra Modi in their meeting held on September 24.

Atomy to Invest Rs. 250 Crore to Set Up Manufacturing Units in India