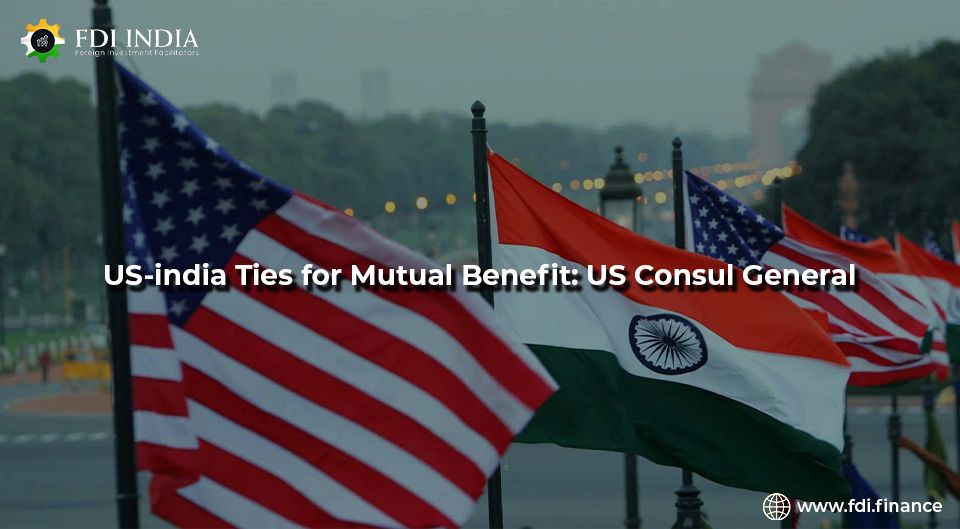 At a dinner event hosted by the officials of the American Chamber of Commerce in India (AmCham), the US envoy to India, Richard Verma, stated that while this 75th anniversary of diplomatic relations between the United States and India may come as a surprise to some, it is no more a surprise that both the largest democracies in the world are looking forward to celebrating the achievements made so far and celebrate new opportunities.

On Thursday, US Counsul General Melinda Pavek stated further information on the bilateral ties between India and America, claiming that it is for mutual benefits in the Indo-Pacific region. He further elaborated that these ties will be focused on the development of the trade, investment, public health, and security sectors.

At an interactive session which was organized by the Merchants Chamber of Commerce and Industry, the Kolkata based US emissary said that India and America have entered the 75th year of tactful relations, and being the largest democracies in the world, it is imperative for them to meet the global challenges in the world.

She said that the cooperating nature of both the countries towards each other would strengthen the security and prosperity as the world depends on their ties for the Global challenges like pandemics and cyber security.

Melinda Pavek said that the two countries are celebrating 75th years of diplomatic relations. She also added that the multidimensional ties between the countries are not an overstatement. The number of Indian students in the US has doubled in the last decade, and it will be rising in the coming days as well.

The emissary said that the US is aiming to expand trade and investment ties by reducing market barriers which will lead to market access. "In 2001, the volume of bilateral trade was USD 20 billion, which has increased to USD 113 billion in 2021. US is the biggest source of FDI in India and supports more than five lakh jobs. Indian FDI in the US is around USD 12.7 billion supporting 70,000 jobs in America", Pavek stated.

She said that the free trade agreement between US and India is under the purview of the US Trade Representative (USTR) office. The USTR representative visited Delhi in late 2021 and had a comprehensive discussion about how to Increase.

The Counsel General's office in Kolkata had worked with the civil society to fight human trafficking in the east and north east India, Pavek said.

"We are also working towards their rehabilitation and repatriation," she added.