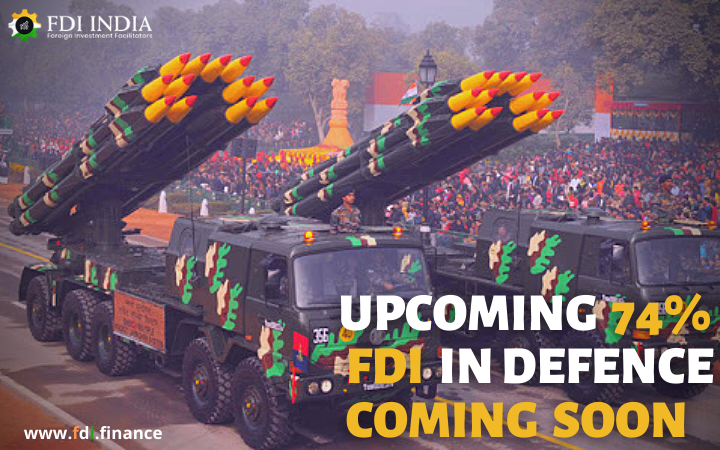 Upcoming 74?I in Defence Coming Soon

Upcoming 74?I in Defence Coming Soon

In the coming few days, the government will be introducing 74?I in the dense sector according to V.L. Kantha Rao, Additional Secretary, Department of Defence Production.

Recently the second draft of the Defence Procurement Procedure (DPP) 2020 which is now called the  Defence Acquisition Procedure (DAP) 2020 was made public to get the comments from stakeholders and the public.

Mr. Rao while speaking at Lockheed Martin-Society of Indian Defence Manufacturers suppliers conference said, "We will try and do at least 900 items this year and we have a target of 5,000 items in five years" for targeting to indigenize spares and sub-assemblies of imported military hardware.

The government has been taking steps in order to highly promote domestic defense manufacturing. The measures taken by the government for the promotion are making the FDI in the sector up to 74% from 49% and negative import list, separate budgetary allocation for domestic procurements, indigenization of spares and components.

Analysis of the share in the defense manufacturing tells that the major stake is of the public sector of $8 billion whereas the private sector only has $2 billion.

The major defense companies such as Lockheed Martin, Boeing, Thales, and Dassault Aviation are eager to source their components for their global supply chains from India.

The Defence Ministry has released a statement regarding the first draft of DPP 2020 on which suggestions were received from various stakeholders, services, industry running above 10,000 pages.

The statement states "The amended second draft has since been finalized by the review committee driven by tenets of defense reforms announced as part of the 'Atmanirbhar Bharat Abhiyan" and has been placed in the public domain."