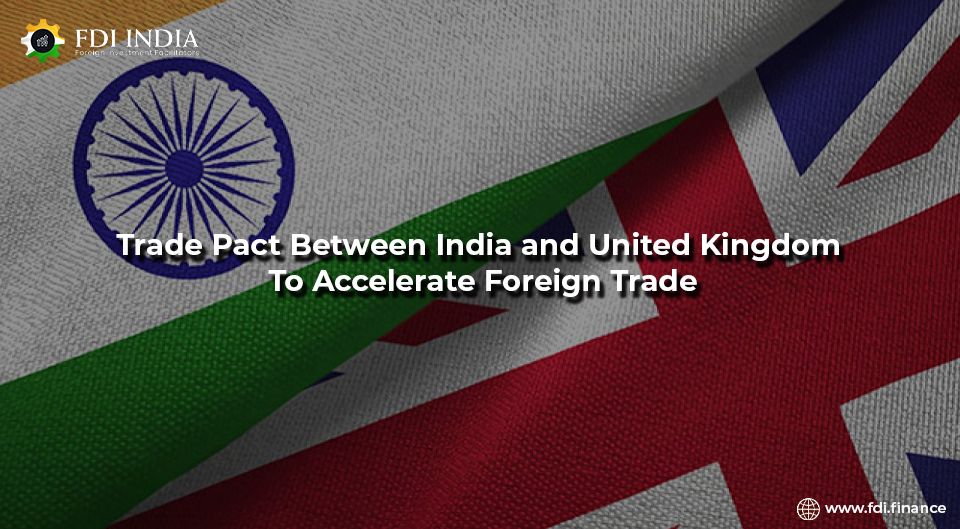 A free trade pact to be signed between the United Kingdom and India should have better relations than the ones of Yester year. The agreement, likely to be signed by next month's end, could accelerate joint ventures and boost bilateral investments.

In the words of Richard Heald, Executive chair of the UK - India Business Council, negotiation teams are night and day, with all their might to meet the deadline of Oct 24, Diwali. Political leaders have already issued green light to showcase the pact's approval.

With this new pact in the final stages of being finalized, India expects it to encourage Positive relations between the two nations. India plans to promote the imports of leather, textiles, jewelry, and food products, with the motive to increase visas issued for Indian students and businesses.

India and United Kingdom initiated talks to motivate trade and started negotiating for a trade pact that aims to double bilateral trade to 100$ by 2030 in January. As a result, India's merchandise exports to the UK rose over 28% to $10.5 billion in the 2021/22 financial year ending March, while imports rose to $7 billion.

UKBIC, an institutional body that would provide inputs to both the countries about trade, has shared its expectation for the agreement to inculcate policies on Non-Trading Barriers as well as data protection and ease of doing business as well.

Leading companies such as Mahindra and healthcare giants are already setting up research and design facilities in Britain. According to the words passed through media reports, it is this kind of activity FTA in the pursuit of stimulating.

"Negotiations teams no more have negotiation rounds, they are working 24X7," to finalize the pact, he told Reuters in an interview, noting UK businesses looked forward to collaborating with Indian companies in renewable energy, autos, education, health care, and defense sectors once the pact was signed.

Although the act would taint the business in-between the nations in the coming future, the most prominent goods and services that India imports to the United Kingdom are.

All these products were the primary imports from India to the United Kingdom, but as the pact stands on the brink of being executed. A recent list had brought forward 240 odd items which would face trade duty deductions once the agreement is executed. From this pool of 240 things, a few that stand out are Whiskey, Cars, Vaccines, Basmati Rice, Wool, and Tea Premix.

This FTA holds significant importance for India in the scope of future trade with the United Kingdom as trade competitors like Bangladesh, Sri Lanka, and Pakistan enjoy duty-free merits under the UK's generalized scheme of preferences. Indian liquor producers are keen to enjoy newer markets for their products in the United Kingdom but are hindered by the stipulation that whiskey exported to the Brits should be Grain based and aged for 3 years. At the same time, liquor produced in India is prominently molasses based. We hope the new pact gets finalized quickly and brings India the benefits of foreign trade, which rival trade competitors have been enjoying for years.