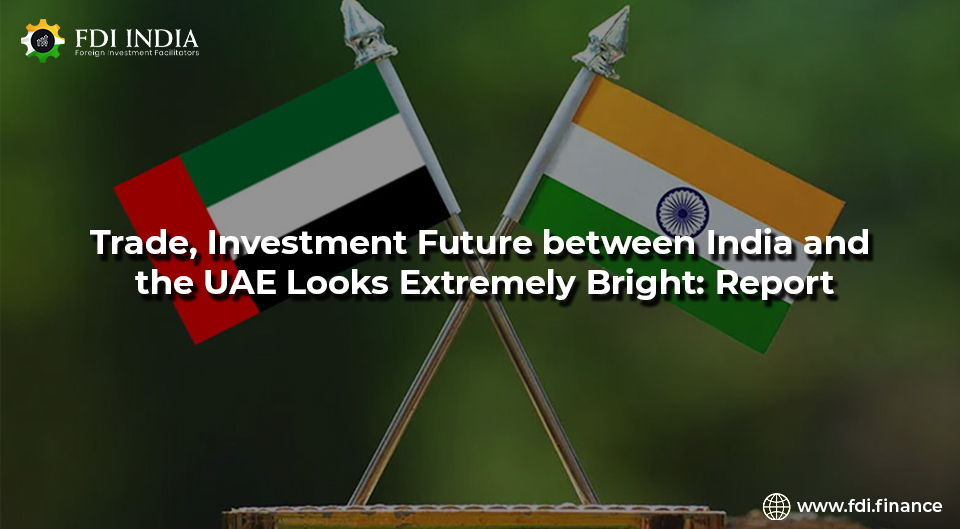 Bilateral trade between India and the UAE is estimated to reach $100 billion by 2030 due to robust trade growth, highlighting the strong potential for business between the two nations, said a joint report ‘India-UAE Bilateral Trade and Investment Report’ compiled by the Indian Business & Professional Council (IBPC) and KPMG.

India is the second-largest trade partner of the UAE, while the UAE comes third on the list of India’s largest trading partner nations.

The report sheds light on the immense flow of foreign direct investment (FDI) between the two countries. As per the UAE Embassy in India, the total bilateral FDI is $67 billion from 2003 to 2021.

“The future of the India-UAE trade and investment relationship looks extremely bright. As both nations aim to strengthen ties in the coming years, there are several opportunities across various sectors to boost bilateral trade and investment,” said Farhan Syed, Partner, Head of Advisory for KPMG Middle East and South Asia (MESA) and Lower Gulf.

As per the data provided by the Indian Embassy in the UAE, India has witnessed about $17-18 billion in investments from the UAE between 2000-June 2021, of which more than $11 billion came in the form of FDI.

Indian companies invested majorly in the coal, oil and gas, and real estate sectors in the UAE, whereas a significant amount of the UAE’s FDI flowed into India’s real estate and ceramics and glass industries.

“IBPC is happy to publish this report, which highlights significant aspects of the India-UAE relationship in terms of bilateral trade and investment flows. While trade between India and the UAE has flourished over several decades, the geopolitically strategic relationship between the two countries has blossomed into an enduring partnership in the recent past,” said Suresh Kumar, Chairman, IBPC.

Maharashtra Government in Talks with European Countries for FDI