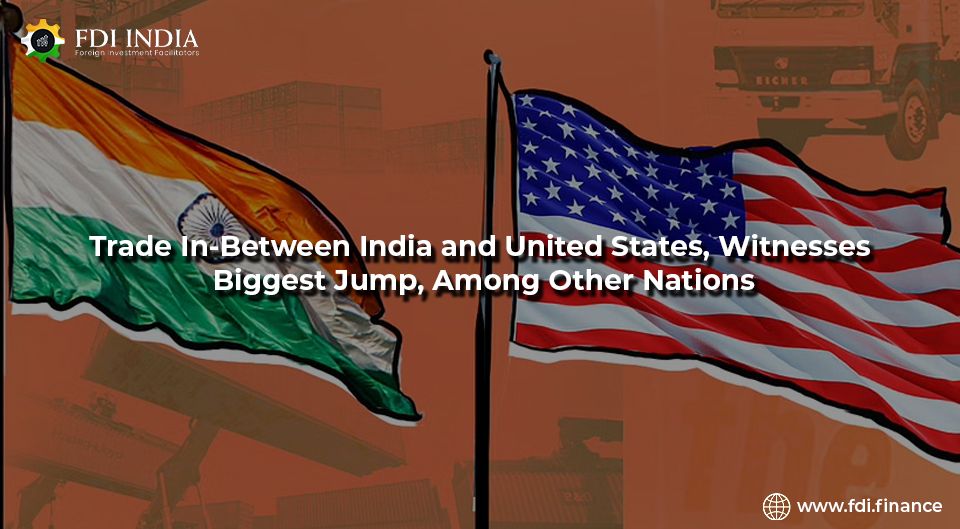 Indian FDI seems to be formidable, with rising investments in the renewable energy sector, I.T., automobiles and a few more. This upturn has been bringing India a lot of attention on a global scale.

Global trade has witnessed a strong impetus with the progress of bilateral trade, indicative of the fact that U.S. trade with its top 15 partners increased over the past year. Still, the most significant jump was with India, the country's Consul General in Kolkata, Melinda Pavek, said.

"U.S. trade with its top 15 partners has increased over the past year, but I am proud to say that the single biggest jump was with India... U.S. companies are consistently India's biggest source of foreign direct investment (FDI)," she said.

Exports to India stood at about $ 23 billion, while Indian exports to the U.S. stood at 44 billion during January and June. In 2021 total bilateral trade in-between the two countries stood at $157 billion as per official data. Some top-of-the-list trading partners with the U.S. remain China, Canada, Mexico, Japan, Germany United Kingdom and France.

Ms Pavek also spoke about the fact that U.S. Agencies are established and involved in developmental projects in Eastern India. She added that being situated in Kolkata helped the nation understand the development of ports, inland waterways and multi-modal logistics infrastructure in this part of the world. According to her, India has a lot of untapped potentials to improve land connectivity between Bangladesh, Bhutan, India and Nepal, the BBIN countries.

The formidable ways of today were once positively forced by specific factors of the Yester year. Here are a few of the reasons behind the increasing profound U.S. Trade.

The ongoing spur of investments and increasing trade has also resulted from the continuous increase in the global presence of India and its leaders. If relations stay the way that they are, it would be possible to keep on continuing such levels of bilateral trade.

FDI's are bound to grow, and investments made at the right time and in the right industry might help you gain earnings beyond belief. For all kinds of FDI consultancy, supervision and revival of NPA accounts, you may contact and take the supreme help of FDI India. Our services can help you with project planning and assist you in reaching your long-term goals with our long-term partnership services.

What Are The Reasons Behind Indian Businesses Being Investment Shy?