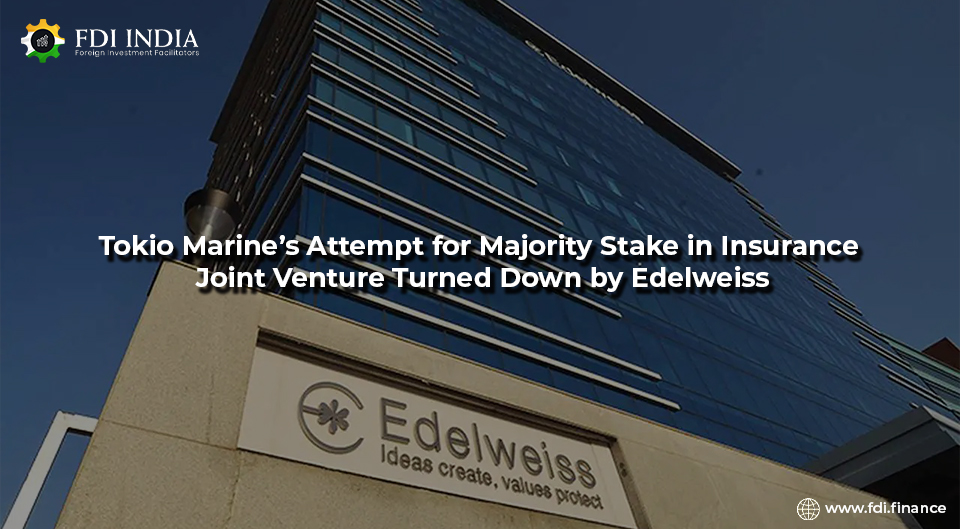 According to sources, this action may be attributed to Edelweiss’s intention to list the insurance company in the upcoming years. Granting controlling rights to Tokio Marine would have hampered those plans.

Currently, Edelweiss owns 51% in ETLI, while Tokio Marine holds 49% of ETLI. However, there was no pact between the two companies where their agreement granted the foreign partner to increase its stake as and when allowed by regulations.

“The joint venture agreement between Edelweiss Financial Services Ltd (EFSL) and Tokio Marine Holdings (TMH) – promoters of Edelweiss Tokio Life Insurance – has expired as of November 2021. We are engaged in discussions and will make a comment, if any, at an appropriate time,” said Jun Tokora, chief strategy officer and Tokio Marine’s representative on ETLI’s executive committee.

According to Edelweiss officials, the ongoing discussions on the new agreement will not affect ETLI’s business operations.

As per the Insurance Amendment Bill 2021, the limit for foreign direct investment (FDI) in the insurance sector has been raised from 49% to 74%.

“Over the last decade, ETLI has emerged as a high-quality business, making it the youngest and among the fastest growing life insurance players. The India opportunity for the insurance sector is very compelling, and we at Edelweiss are committed to growing these businesses. We have a strong management team and a well-capitalized and robust business we believe in,” said Rujan Panjwani, insurance cluster head at Edelweiss.

A source in ETLI said, “While Tokio Marine is keen to acquire a majority stake, given Edelweiss’s focus on insurance businesses, it does not intend to dilute its existing majority stake in ETLI.”

ETLI’s growth during the pandemic may have led the Edelweiss group to put an IPO on the cards. In FY22, ETLI expects to collect a total premium of Rs. 1,500 crore. The company has seen Rs. 2,200 crore in investment in which Rs. 1,600 crore came from Tokio Marine, and Edelweiss pitched in with Rs. 600 crore.