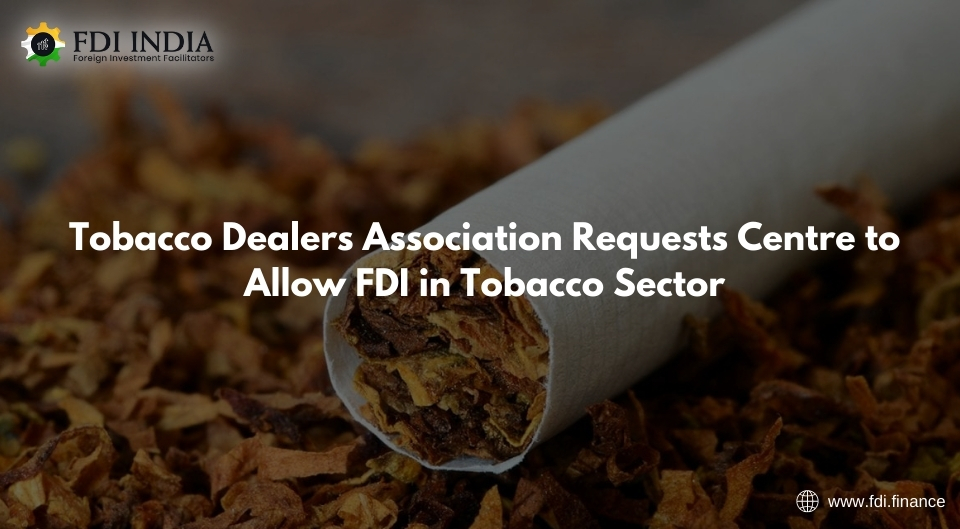 The Tobacco Dealers Association has urged the Centre to permit foreign direct investment (FDI) in the tobacco sector, as well as contract farming, in order to boost the market for flue-cured tobacco.

Members of the association suggest ways to the Union Commerce Ministry to boost tobacco exports felt there was no reason to deny FDI in the tobacco sector when the Centre invited multinational companies to invest even in the strategic defence sector as part of the ‘Make in India' campaign.

Additionally, the Centre should promote contract farming with major global cigarette manufacturers, establishing the country as a certain market for tobacco. At the moment, the nation is viewed solely as a 'opportunity market,' which has resulted in farmers not receiving a fair price for their produce, Indian Tobacco Association vice-president P.Venkatesan told reporters during a briefing on the day's events at the ITA convention hall.

A major global player with a significant share of the tobacco trade in more than 180 countries expressed an interest in contract farming. However, for a variety of reasons, the proposal did not materialise, he recalled, adding that the Centre should engage a Swiss-American multinational cigarette and tobacco manufacturing company to enter into contract farming agreements with farmers.

Demand for a guaranteed minimum price

Ch.Ravi Babu, a major tobacco dealer, urged the Tobacco Board to announce a minimum guaranteed price (MGP) for various grades of tobacco, allowing farmers to make an informed decision about whether or not to grow the crop in a particular year.

When the market price exceeds the MGP, farmers should be permitted to sell their produce to a dealer after paying a cess in accordance with the State's Rythu Bharaso Kendram practise.

Farmers had been converted into 'captive growers' to meet the demands of a select few cigarette manufacturers and exporters, with the majority of over 600 dealers closing their doors as a result of the Tobacco Board's alleged "anti-dealer" policies, the dealers claimed, and pressed for a liberalisation of industrial licencing policy.

“The government should allow more players to manufacture cigarettes or outright prohibit it,” they said, adding that they should be permitted to purchase 'crossed and no bid bales' after paying the crop regulator's cess. They said that no Goods and Services Tax should be applied at the dealer level.