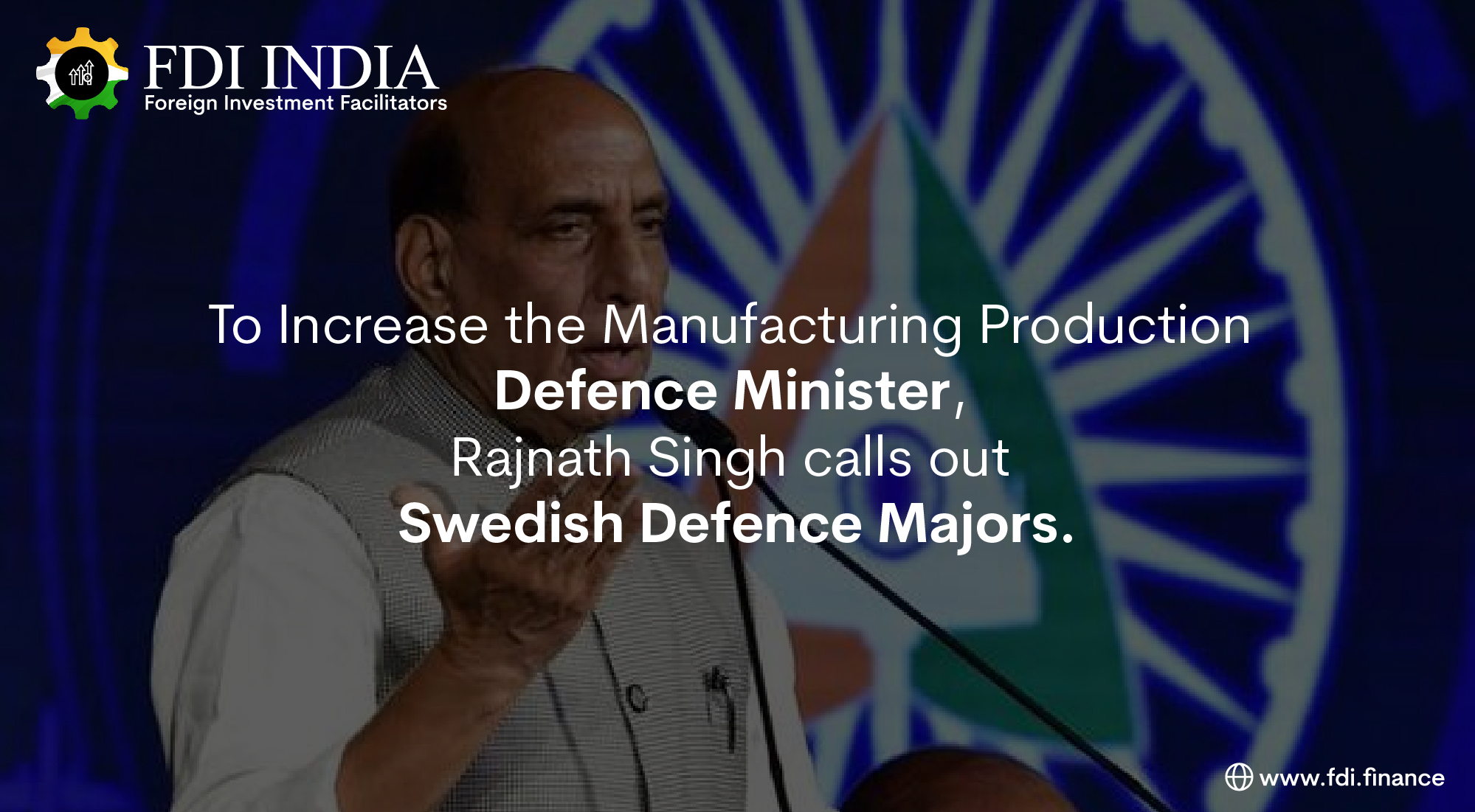 At the conference on India-Sweden defence industry cooperation, Defence Minister Rajnath Singh stated that the government has called out all the Swedish Defence majors to increase the manufacturing production in India not only to meet the demands of India but to serve the global requirements.

He also mentioned the reforms made in the manufacturing sector by the government, which will allow 74% Foreign Direct Investment (FDI) through automatic route and 100%through government route. In addition, he claims that the technology-focused FDI strategy will enable Indian and Swedish companies to collaborate on specialized and proven military technologies.

In addition to it, he also stated that "The Indian defence industry has been energized in recent years by progressive reforms in legislative and procedures that have catapulted the industry to fulfill not only Indian needs but also global demand.

To contribute to the "Make in India" initiative, foreign OEMs (Original Equipment Manufacturers) can either join hands with Indian companies or set up their facility individually through joint ventures or technology agreements. "Swedish companies such as SAAB already have a significant mark in India, and I am certain that more Swedish companies will find India to be a major investment destination for defence manufacture," he said.

He stated that Indian and Sweden defence ministries can do a lot together and can contribute to the development of each other. India has a vast defence industrial base, with 41 ordnance factories and nine defence public sector companies, and growing private industries supported by a network of over 12,000 micro, small, and medium businesses.

The initiative started by prime minister Narendra Modi "Atmanirbhar Bharat" or self-reliant India has the motto - 'Make in India' and 'Make for the World', which depicts cost-effective products accessible to everyone.

According to the defense minister, India has a vibrant shipbuilding industry, with an ecosystem of world-class public and commercial shipbuilding enterprises. He claimed that the ships built by Indian shipyards are of international quality and are incredibly cost-effective. "I'd like to utilize this occasion to invite Swedish companies to invest in Uttar Pradesh's and Tamil Nadu's designated defence corridors as they can be greatly benefitted by the policies offered by the state government."