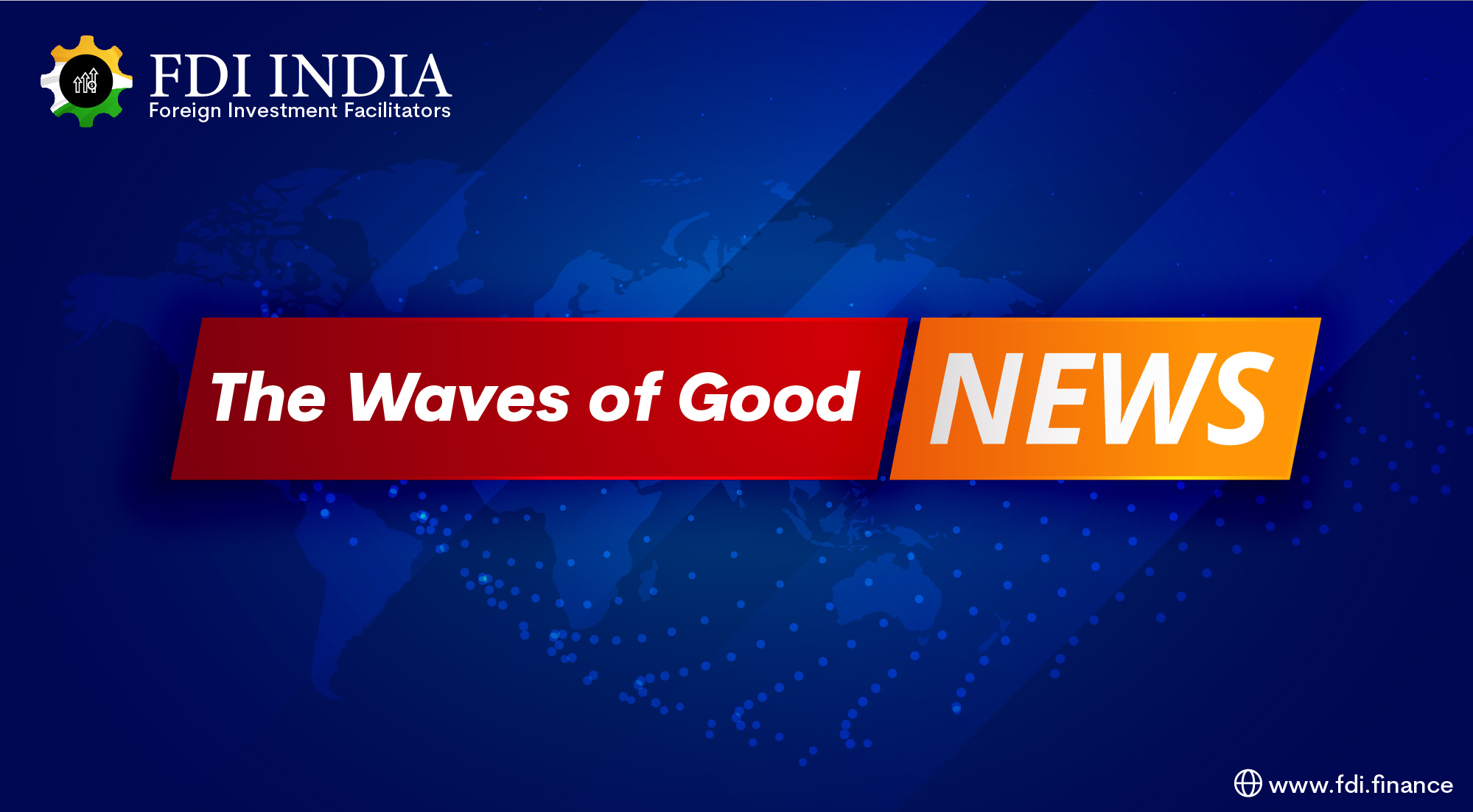 The Waves of Good News

The Waves of Good News

When the second wave of covid-19 sat its foot, Indians desperately wanted to hear some good news in between it. But now, it looks like their wish has been fulfilled. The country is now well prepared for the third wave with the drop in cases and mortality and the rise in vaccination driving rates.

Besides that, there have been several waves of positive news. The economy's downturn in the last fiscal year was first and forecasted below — 7.3% — compared with the initial projections of 8%, with Q4 growth of 1.6%.

Secondly, farming has done extraordinarily well to improve farm income and rural demand. The production of foodstuff grain is estimated at 305.44 million tonnes in 2020-21, compared to 297.5 mt in 2012.

Third, the government's finances look better, with record GST collections of 1/1/41 lakh crore and 1/124 lakh crore respectively in March and April. The Center will also receive significant help from the bumpers transfer of excess amounts of 99,122 crores from RBI.

Sixth, Indian foreign exchange reserves have swelled to a record 598 billion dollars thanks to FDI, remittances, and other influxes, particularly 212 billion dollars added after March 2021.

Seventh, there is a flood of the stock market. It has been anticipated that SEBI's 'peak margins' speculation-curbing rule, which requires a day trader to keep a 75 percent margin with the broker, will dampen the trade. In May alone, net incomes of 10,000 crores attracted equity mutual funds schemes. More than 90 companies have submitted IPO DHRPs. The activity of private equities and venture capital is on the rise.

There are other positive things beyond numbers. For example, health infrastructure in the country is rapidly improving – an advantage that will remain after the pandemic is over.

The estimated number of Indian hospital beds in June 2020 was 1.9 million, of which 95 000 ICU beds were severely short of the need, at 0.55 beds per 1,000 persons. However, things are improving. India added 94,880 oxygen-supported beds in a response from the Ministry of Health in the Rajya Sabha before 2020. Since then, more beds have been added, partly thanks to fast-moveable technology such as the Modulus Housing based in Chennai.

According to the ICMR, there were also increases in labs that could be testing Covid-19 between 669 and 2504 in May 2020. Similarly, dozens of manufacturers of oxygen concentrators, many cheap, were produced. For example, IISER scientists in Bhopal say that manufacturers that employ their design can sell machines in the small-town hospitals at 17 000 tonnes.

Unfortunately, the second wave of Covid-19 took thousands of lives. But it's sure to leave a better India behind when it goes.