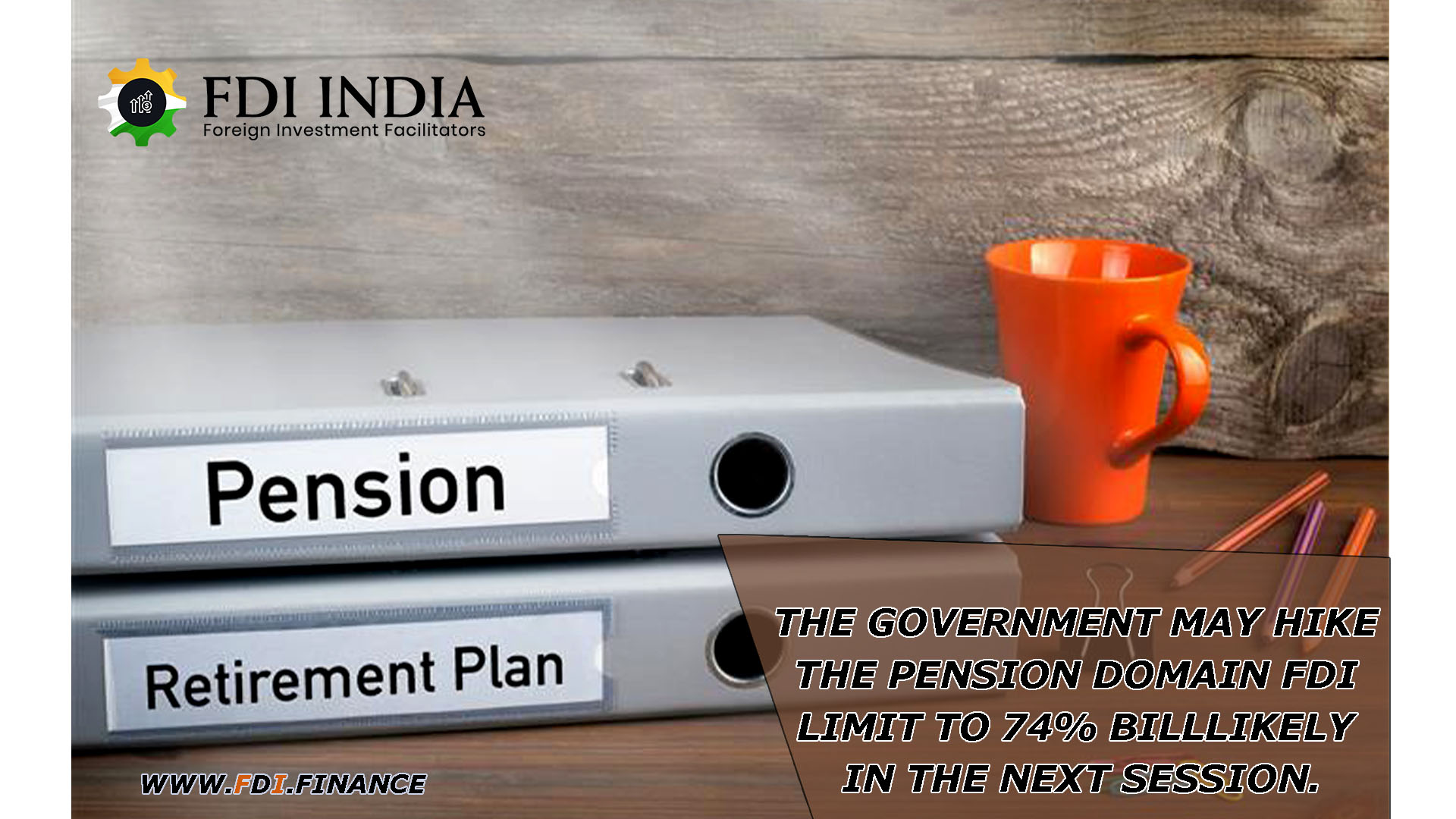 The government may increase the FDI limit in the pension sector to 74%, and a bill anticipates to come in the next parliament session. Last month, parliament passed a bill to raise the FDI limit in the insurance sector from 49 percent to 74 percent. The Insurance Act, 1938 was last revised in 2015, which increased the FDI limit to 49 percent, resulting in a foreign capital inflow of Rs 26,000 crores in the previous five years. Revision to Pension Fund Regulatory and Development Authority Act, 2013 looking forward to increasing FDI limit in the pension domain may come in the monsoon or the winter season depending on many approvals, sources stated. Currently, FDI in the pension fund is armed at 49 percent. The power, functions, and duties of the NPS Trust laid down under the PFRDA regulation 2015 might come under a charitable trust or Companies Act.

This NPS trust objective is distinct from the pension regulator and managed a competent board of 15 members. Out of this majority of members are from the government, consisting of states and significant corpus contributors. The PFRDA promotes and safeguards the pension sector’s growth with appropriate power over pension funds.