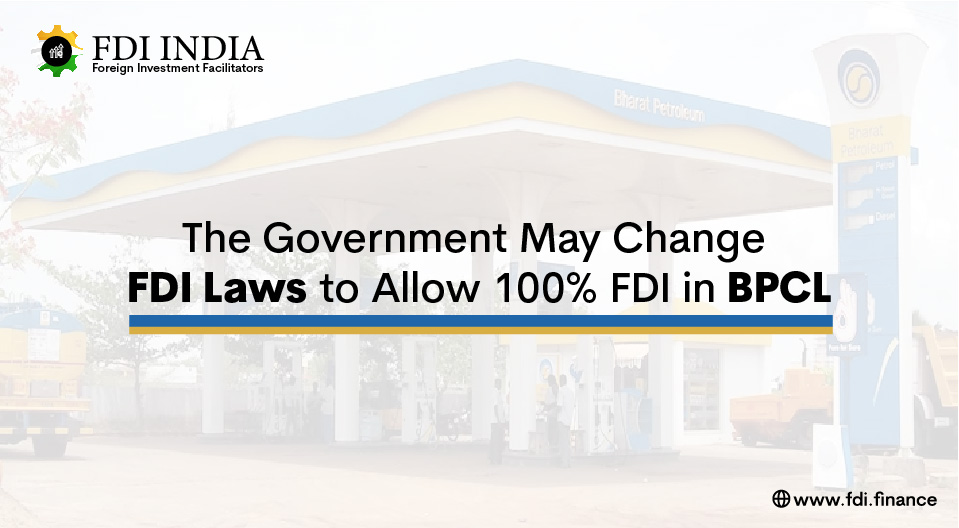 According to sources, the Centre is expected to change FDI restrictions to allow 100 percent investment in state-owned oil company Bharat Petroleum Corporation (BPCL).

They stated, "Concerned Ministries Department of Economic Affairs, DIPAM, and DPIT have reached an agreement. The final plan will be sent to the cabinet shortly."

It's possible that a special provision in India's FDI policy would be added to allow entire FDI in PSUs in the petroleum refining sector.

According to CNBC Awaaz, FEMA guidelines will also be updated. Under the present FDI regulation, FDI in petroleum refining by a PSU is limited to 49 percent via the automatic method.

Although the privatization of BPCL is postponed for around six months. According to sources acquainted with the situation, the government is attempting to settle the issue of mandatory open bids that the winning bidder will be required to make to companies sponsored by the oil major, which may increase the acquisition cost by Rs 20,000 crore.

The business is already in the process of obtaining an exemption for the winning bidder from the mandatory open offer to Petronet LNG and Indraprastha Gas Ltd. shareholders, both of which BPCL is a promoter.

BPCL has a 12.5% share in Petronet LNG and a 22.5 percent stake in IGL. According to a source, the government may favor the corporation selling its interest in Petronet to other public sector firms, including Indian Oil Corporation (IOC), Gail India, and ONGC, who each own 12.5%. According to him, the government is interested in BPCL relinquishing its promoter status in these two enterprises.