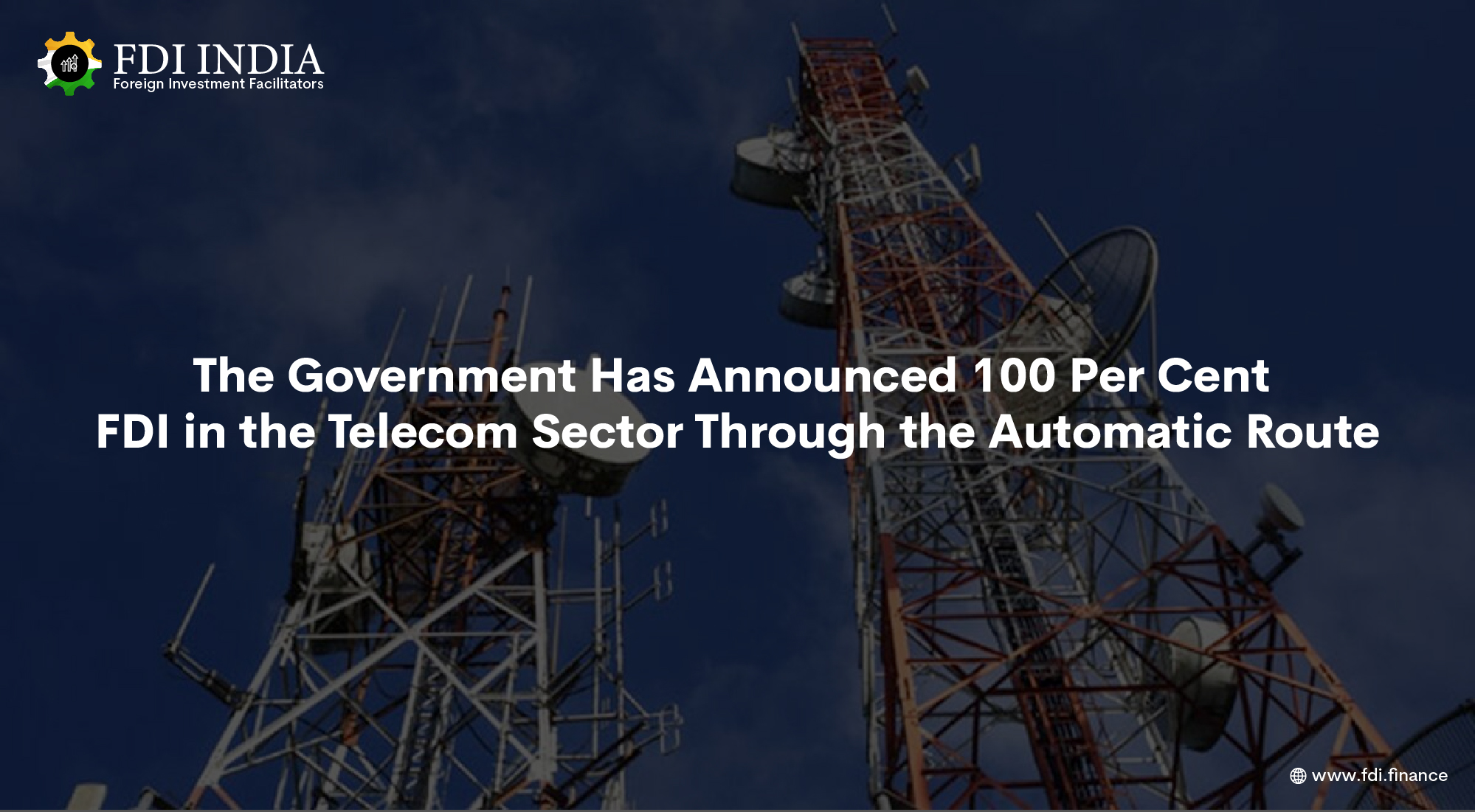 As part of a major telecom reform, the government has declared that 100 percent foreign direct investment (FDI) in the telecom industry would be allowed via the automatic method. "The cabinet authorised 100?I in telecom through the automatic method," telecom minister Ashwini Vaishnav said while addressing media on the cabinet's decisions earlier in the day. A four-year moratorium on outstanding dues, adjusted gross revenue (AGR), and spectrum dues was also declared by the government.

1. Until now, the automated method only allowed for up to 49% investment, and any investment beyond that had to be routed via the government.

2. The 100% automated method, on the other hand, will not be available to investors from China and Pakistan. To prevent aggressive takeovers of local companies, the government placed restrictions on FDI coming from nations that share a land border with India in April 2020.

4. The Cabinet also approved a four-year freeze on telecom operators' outstanding AGR dues, which would give much-needed assistance to companies like Vodafone Idea and Airtel.

5. In addition, the centre has rationalised AGRs, which had been a point of dispute between telecom firms and the telecom department, as well as a significant source of stress in the telecom industry.

6. Previously, the telecom department computed spectrum dues using both telecom and non-telecom income, which was later affirmed by the Supreme Court.

7. According to the telecom department, Bharti Airtel, Vodafone Idea, and Reliance Communications owing the government about Rs 92,000 crore in licencing payments and Rs 41,000 crore in spectrum use costs.

8. The government has changed the definition of AGR to exclude telecom firms' non-telecom income. The use and licencing fees that telecom providers pay to the Department of Telecommunications are referred to as AGR (DoT).

9. The spectrum auction will take place in the fourth quarter of the fiscal year, with the spectrum length increasing from 20 to 30 years.

10. The telecom minister said that all of the choices were made with the Supreme Court rules and the government's revenues in mind, and that the measures are prospective in nature.