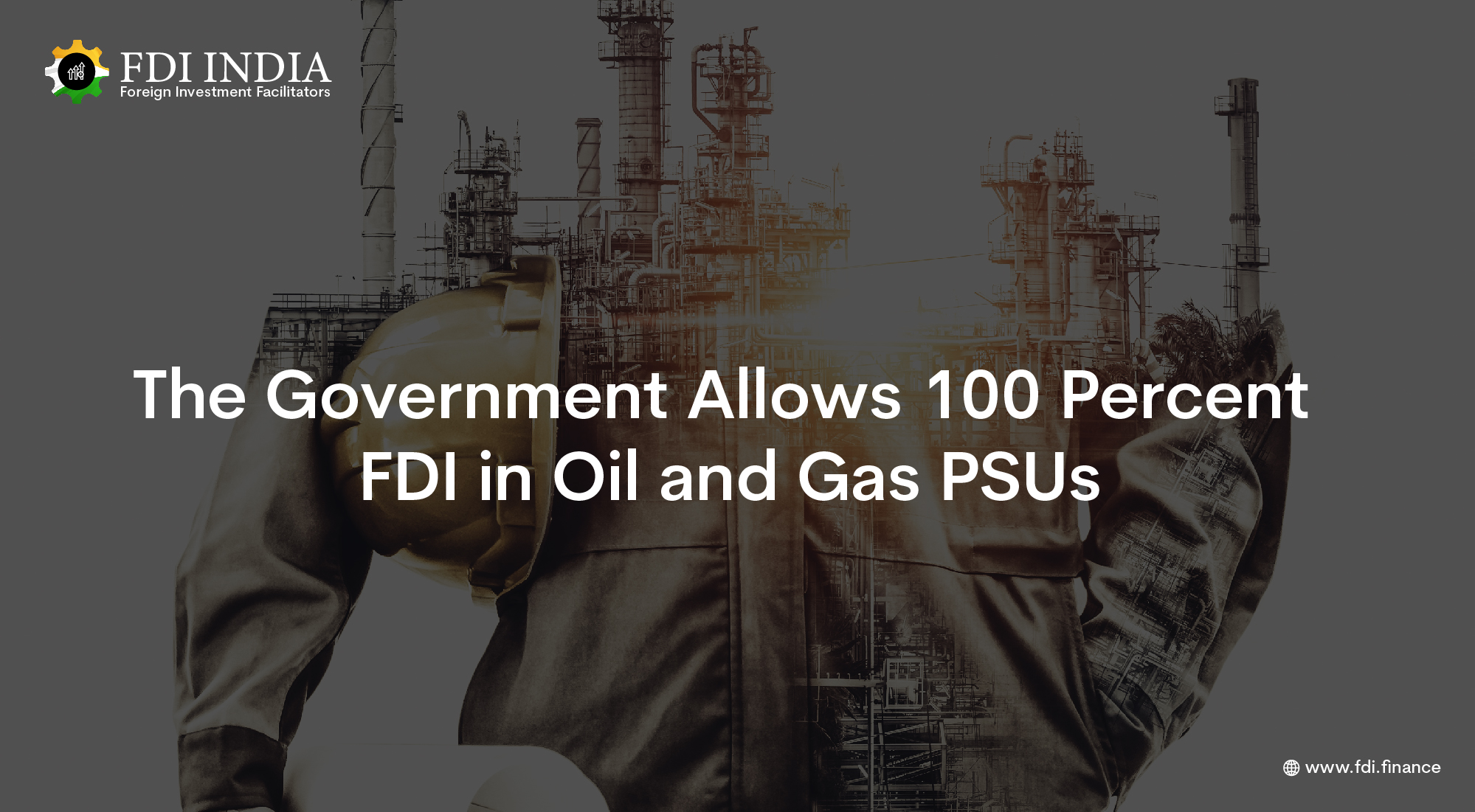 The Government Allows 100 Percent FDI in Oil and Gas PSUs

The Government Allows 100 Percent FDI in Oil and Gas PSUs

In the event the government approves an in-principle approval for strategic disinvestment, the Department for Promotion of Industry and Internal Trade (DPIIT) issued an executive order on Thursday allowing 100 percent foreign direct investment (FDI) under the automatic route for oil and gas PSUs.

The Union Cabinet approved this on July 22, and the development followed on this. The move will enable the sale of the government's 52.98 percent interest in Bharat Petroleum Corporation Ltd (BPCL) to a foreign buyer and broaden the possibilities for FDI in the privatization of the business. It will also allow FDI into other public sector oil businesses that are slated for privatization.

For 'petroleum refining by PSUs without any disinvestment or dilution of domestic ownership in existing PSUs,' the FDI limit will be 49 percent via the automatic method. Before the modifications, 49 percent of FDI was authorized in the public sector and 100 percent in the private sector for refining.

Because most bidders interested in acquiring BPCL have foreign investment, it required a modification in the FDI regime. The names have not been made public by the authorities. However, Vedanta Resources, the London-based parent company of billionaire Anil Agarwal's Vedanta, has launched a particular purpose vehicle and lodged an expression of interest to buy BPCL. Apollo Management is said to be one of the other suitors.