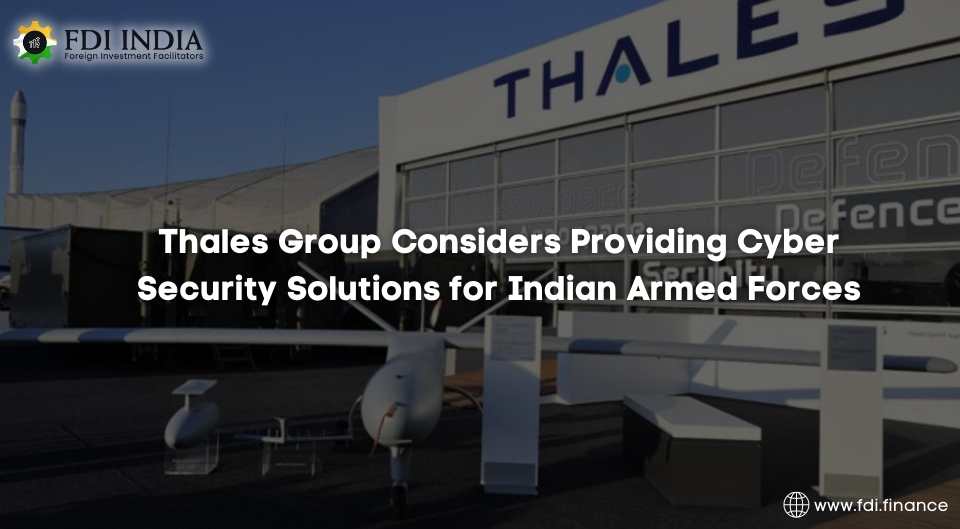 Thales Group Chairman and CEO Patrice Caine said that the firm has been seeking to increase its entire presence in India, especially in new technologies critical to the armed forces.

Caine said that Thales Group's entire presence in India would be expanded across a variety of sectors, including cyber security, artificial intelligence, and digital solutions. Caine said that India's defence manufacturing industry is progressing well as a result of a number of government policy measures, and Thales wishes to be a significant partner in the country's ambition to become a major manufacturer of military systems and solutions.

India is projected to spend close to USD 300 billion on defence equipment over the next five years, and virtually every major global defence company is seeking a piece of the action.

Thales' Chairman and CEO also stated that the firm is considering forming joint ventures with a number of Indian companies to develop a variety of products and military solutions, but declined to elaborate.

He said that India is now a critical source of raw materials for the firm's worldwide manufacturing line, and the corporation plans to increase its procurement from the nation over the next five years.

"India has established itself as a critical and dependable nation in our global supply chain," he added.

Thales is one of the French companies that supplied critical components for India's Rafale aircraft acquisition.

Thales assisted Bharat Electronics Ltd (BEL) in manufacturing modules for the RBE2 radar as part of the company's offset obligations under the Rafale contract.

Thales has been delivering avionics and other equipment to the state-run Hindustan Aeronautics Limited for over four decades and is also engaged in supplying equipment for a variety of other critical military projects.

Thales has offices in India since 1953, including New Delhi, Gurgaon, Hyderabad, Bengaluru, Chennai, and Mumbai. Thales and its partner ventures employ around 600 people in India.