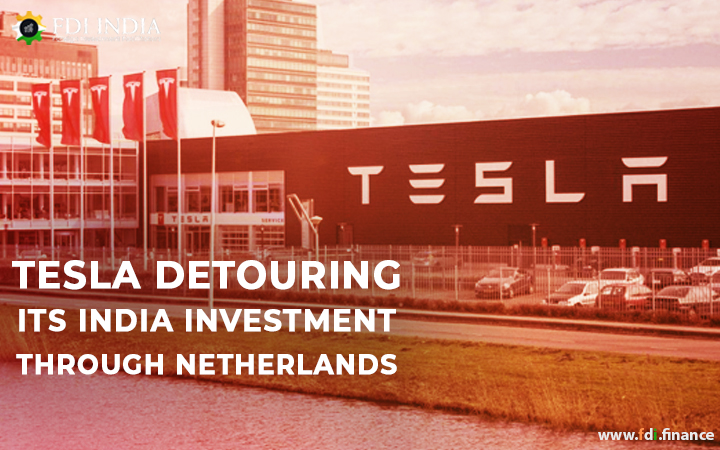 Electric car manufacturing company Tesla is detouring its India Investment through Jurisdiction of Netherlands. The reason behind the detouring is, the Netherlands is a tax-friendly country and an exception to the general trends. Tesla Motors Amsterdam is a conglomerate for Tesla Motor and Energy, India. According to the report, the organization can offer Tesla tax benefits and capital gains.

Many other global automakers entered in India such as MG Motors entered in India in 2017 which was invested by China and a parent company for SAIC motors. Similarly, South Korea invested in KIA motors in India which is also a conglomerate of KIA corp. However, Tesla chose not to invest in its home jurisdiction.

Tesla is certified in California and its subsidiary Tesla is registered in the Netherlands. According to the experts, the Netherlands is the most preferred country for many US-based companies because of its favorable tax rates and strong Intellectual Property framework. ‘There are merely any capital gain exemptions on FDI transactions for the India treaties with Singapore and Mauritius’ Rajesh Gandhi, Deloitte partner stated. India-Netherland treaty would be distinctive because of having capital gains from the tax and Dutch-company can sell its share to the Non-Indian buyers. Also, the dividend tax rate and withholding tax rates are less if the investor is coming via the Netherlands. As per the expert's opinion, it is not easy to choose tax benefits to detour the investment as nations are coming up with the anti-avoidance laws.

Not every organization can do as Tesla did. One needs to have well-built commercial substance for certifying that the company is not going on the wrong side of financial law. Others might have searched for a similar option but didn’t find it feasible. Tesla has generated $1.5 billion in revenue from its Dutch firm in FY19. The total revenue was $24 billion. The company has gained more subsidiaries from the Netherlands as a getaway for Indian Investment. Since FY17, the FDI of the Netherlands has doubled from 6% to 12%. As far as FY21 is concerned, it has reached about $5.3 billion from the Netherlands in FY21. Netherlands is the third-largest investor after Singapore and Mauritius as per the RBI sources.

India is an obvious choice for investors, due to its tax benefits and having a skilled workforce and competitive economy. The Netherlands has acquired eminence as an Investment gateway in India since the FY16 when the Indian government has rephrased its tax treaties with Singapore and Mauritius until both nations enjoyed tax benefits in India. The ongoing British exit has made it stronger for the Netherlands.