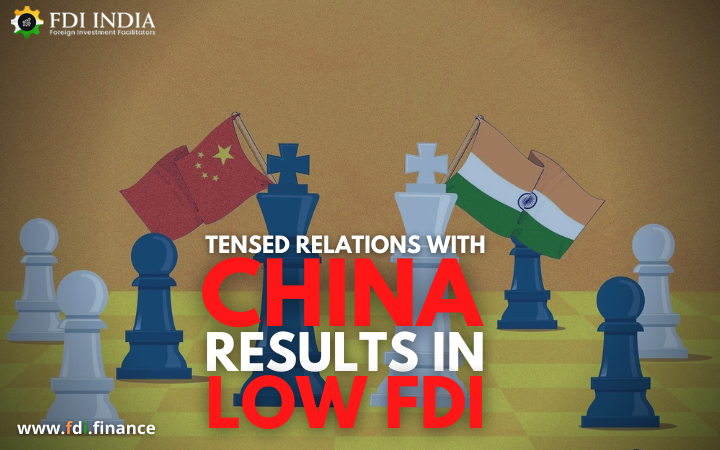 The foreign direct investments coming into India from China have been adversely affected due to the ongoing tensions between the two nations. In the last three years, there has been an analysis of a decline by the Chinese investors in India.

While replying to a question in the Lok Sabha, Minister of State for Finance, Anurag Thakur shed a light on the low FDI levels from China in the country.

The question about the total investments from China in India over the last three years was asked by Lok Sabha MPs AKP Chinaraj and S. Jagatharakshakan to the Finance Minister.

The FDI inflows in India from China over the last three years are given as follows:

A decline can be seen in the FDI coming from China in India and the major reasons for this decline are the ongoing border tensions between the two nations. Minister Anurag Thakur gave denial about any intentions of the government of particularly not giving allowance to the Chinese firms to make investments in India.

The move by the government to allow investments by the neighbouring countries through the government route was done only to safeguard the Indian companies from the opportunistic takeovers or acquisitions due to the pandemic.

In the Press Note 3, which was issued by the government mentioned, a non-resident entity can invest in India under the FDI policy except those areas and activities which are prohibited.