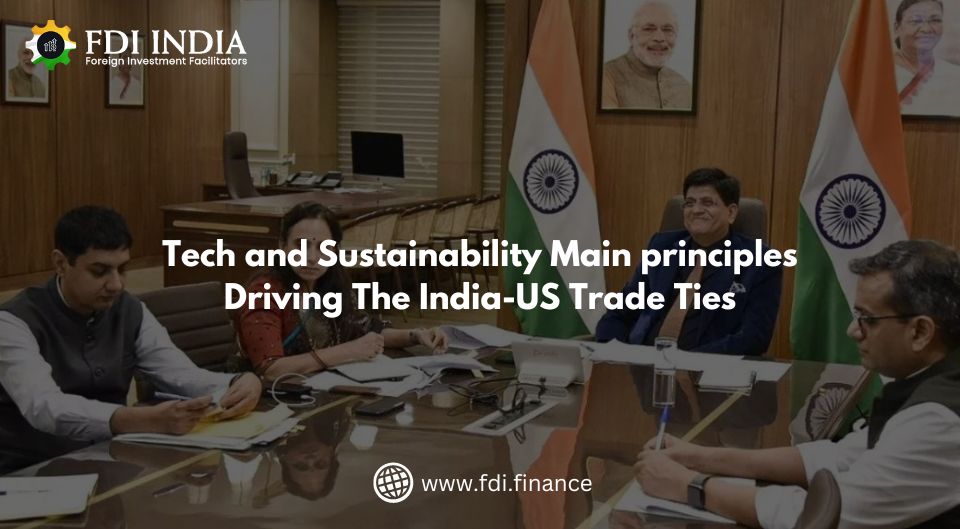 In a recent event between the Indian commerce minister and US secretary of Indo –US economic relations, the commerce and industry minister prated about how Indo-US economic relations are driven by the common interest of promoting sustainability, emerging technologies, globally sustainable supply chains, and resilient supply chains and small businesses. Further, commerce and Industry minister Piyush Goyal went on to iterate on the importance of such dialogues in leveraging the momentum of the trade.

The forum was being jointly led by Indian commerce and industry minister Piyush Goyal and Us Secretary of commerce Gina Raimondo. The forum has convened for the sixth time since its reconstitution in 2014. The form comprises of CEO from leading Indian and US-based Companies, such as N Chandrasekaran, chairman of Tata Sons, and James Taiclet, president and CEO of Lockheed Martin.

"The CEOs, under the seven working groups, presented priority areas to create stronger partnerships and boost growth across critical areas such as entrepreneurship and promoting small businesses, healthcare and pharma, aerospace and defense, ICT and digital infrastructure, energy, infrastructure and manufacturing, financial services, trade and investments, among others," the commerce and industry ministry said in a statement.

FDI from our shores to the United States was pegged at $12.7 billion in 2020, a slight decrease of about $179 million from the previous year. According to the data collected in 2020, India's direct investment in the United States supported about 70,700 US jobs; these mainly were in the fields of Information technology services, software, business services, pharmaceuticals, and industrial equipment sectors.

In recent years, a contradiction has appeared in the national policy towards international companies; while their investments and job creation are highly appreciated for the economy, India bolsters the image of a nation on the precipice of being self-reliant through its PR. This two-faced approach has brought on challenges for American companies' progression in India as India has introduced several market barriers in the forms of tariffs, localization requirements, indigenous standards requirements and labeling practices, price controls, and import restrictions.

Despite stipulations causing market access challenges for US-based companies, India continues to seek an increase in bilateral trade with the nation. Our companies operational in India emphasize that success requires a long-term planning horizon and state-by-state strategy to adapt to the complexity and diversity of India's regional markets. To motivate the intentions of US operators in India, the nation would have to profoundly work upon their trade tariffs and market segmentation for international players and bring harmony in-between the notions of being self-reliant or a nation seeking to improve upon bilateral trade and being supportive to international companies snatching away competent workforce.