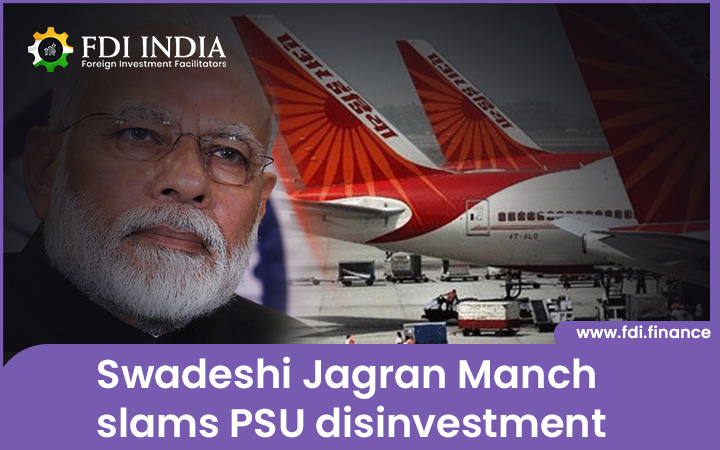 The economic unit of Rashtriya Swayamsevak Sangh or RSS after a 3 day long general executive meeting in Haridwar has come out with a statement criticising Modi government’s PSU disinvestment programme.

The organisation said that the government’s move to divest companies like BSNL, BPCL, and Air India was “opposed to national interest and prone to being misused by corrupt officials to benefit special business houses”.

RSS chief Mohan Bhagwat in October, while giving his Vijayadashami speech had supported to the government’s foreign direct investment (FDI) and disinvestment proposal and had said that the centre was compelled to take these steps.

Now, Swadeshi Jagran Manch has demanded that Niti Ayog’s report on public sector enterprises be rejected. They also highlighted the “need to examine their evaluation keeping in mind the idea of doubling GDP in the next five years”.

SJM warning on the sale of BPCL said that Saudi Aramco was eyeing its assets. “This is not only unacceptable but also dangerous. Property created with national sentiments and hard work should not be held in the possession of foreign oil companies. The purchase of BPCL will only be a number for them to increase their wealth. Strategic sales are becoming strategic purchases for multinationals,” an RSS affiliate said.