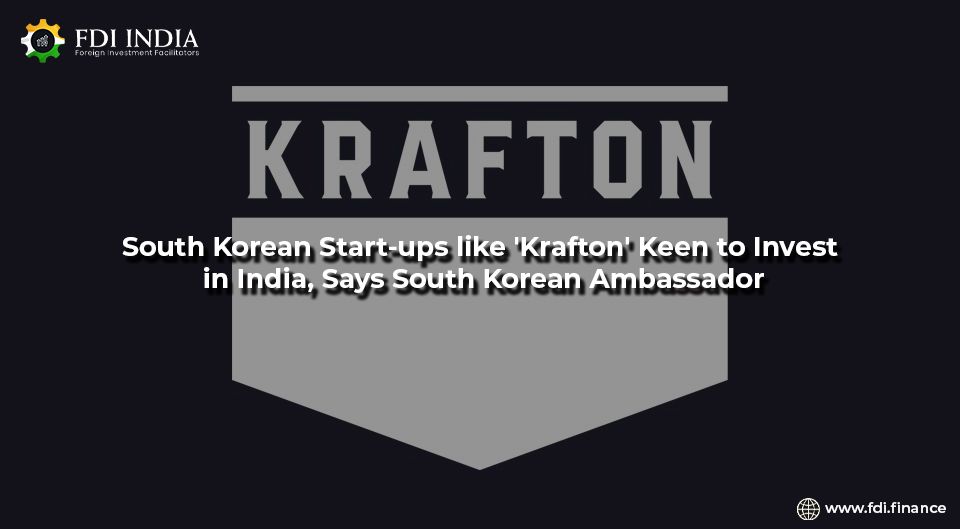 Not only big companies such as Samsung, LG, and Kia, but some newly-born South Korean start-ups like PUBG maker ‘Krafton’ are eager to make FDIs in India and cooperate with Indian companies. Chang Jae-bok, Ambassador of South Korea to India said on Thursday.

The Ambassador of South Korea currently residing in the country led a delegation to meet and discuss the partnership with Karnataka state that has already attracted companies from their country. Samsung is one of the recognizable Korean brands already in operation within India and was mentioned specifically during Ambassador Jae-bok's speech during the Korea-Karnataka Economic Cooperation Forum summit. By his account, there are many more Korean enterprises looking to do business within India in the future and will soon be making an official announcement regarding their plans - he spotlighted that already 40 Korean companies are operating here but wanted to see cooperation grow in both private sector businesses and government projects.

"In the long-term process of bilateral economic cooperation, it has been and will be reasonable for Korean companies to continue to increase their FDIs in India. I believe not only huge big companies such as Samsung, LG, and Kia but also some newly-born Korean start-ups, like Krafton will be eager to invest in India and cooperate with Indian companies. South Korea looks at the great potential for expanding their cooperation in the future, especially in implementing the 'Make In India' policy”, said Mr. Park.

He further added, “Korea can be a great partner for the state of Karnataka and India overall. Because there is potential for growth when working together in diverse areas such as automotive, steel, chemicals, IT, startup, aviation, and defense. That's only going to continue to grow when CEPA negotiations are finalized.” Chief Minister Bommai also agreed that due to the strengthening of ties between the Republic of Korea (a leader in electronics and automobiles) and the state of Karnataka (a leader in technology), both sides stand to benefit in many ways.

“Karnataka has maintained close ties with Korea for many decades. It's great that Korea is manufacturing products that stand out as excellent examples in line with state-of-the-art technologies. India and Karnataka are emerging as major economies with many talents throughout the world. India has become an extremely favorable investment destination & Karnataka is among the states presenting opportunities to investors attracting about 38 percent of the total FDI entering into this country,” Bommai was quoted as saying by his office.