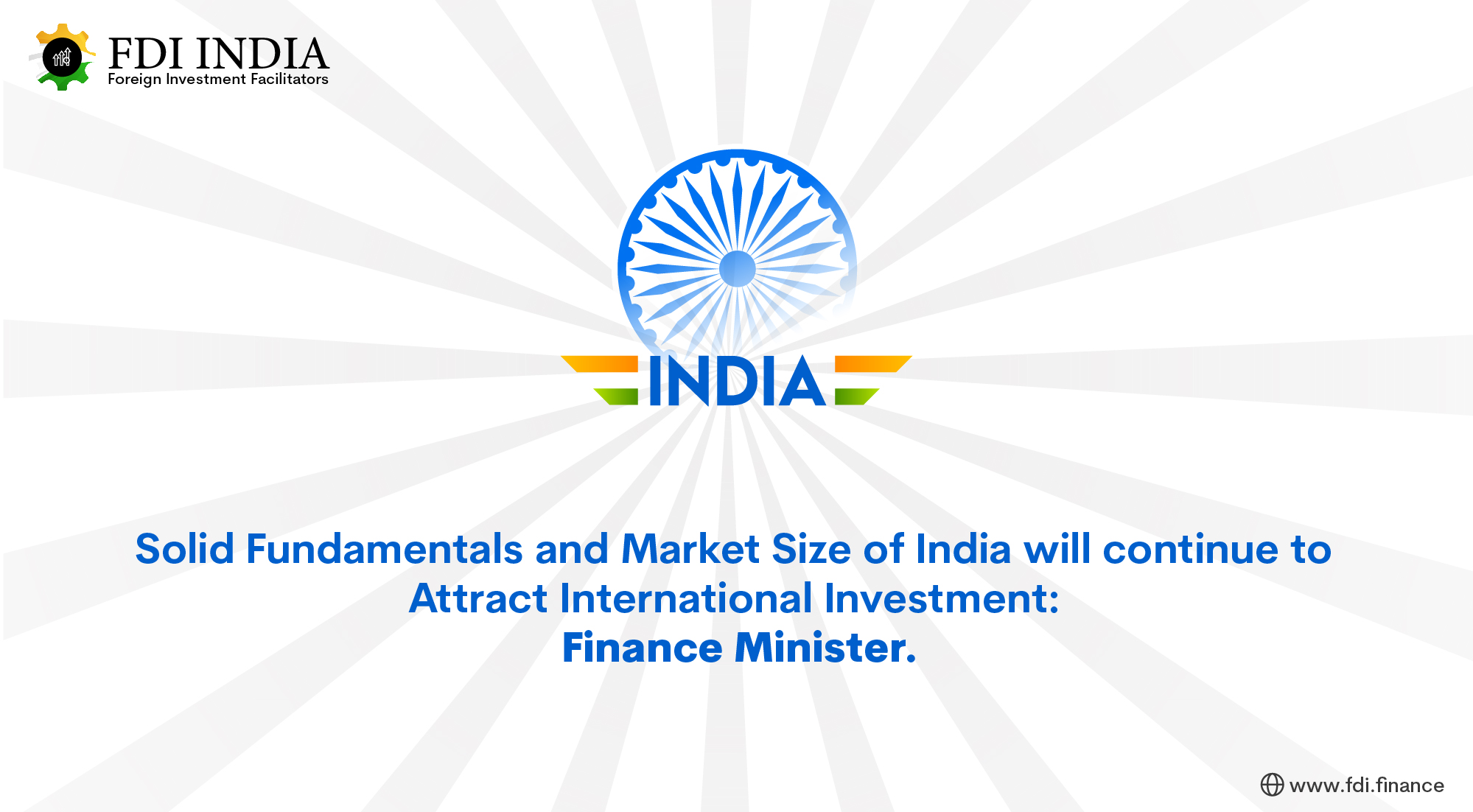 On Monday, the government said that the Indian economy has shown indications of recovery since the second COVID wave peaked in May and that the country's solid fundamentals and market size will continue to attract market-seeking Greenfield investments.

In a written reply to the Lok Sabha, Finance Minister Nirmala Sitharaman noted that FDI inflows into India increased by 25.4 percent to USD 64 billion in 2020, up from USD 51 billion in 2019, making India the world's fifth-largest receiver in 2020, up from the eighth place the previous year.

However, the announced Greenfield projects in India shrank by 19% in 2020, she added, noting that this is much less than the 44?ll in developing nations.

In response to another query, Minister of State for Finance Pankaj Chaudhary stated that India's foreign reserves were USD 608.99 billion as of June 25, 2021.

In a written reply to the Lok Sabha, he stated that India had surpassed China, Japan, Switzerland, and Russia as the world's fifth-largest foreign exchange reserve holder.

"India's foreign exchange reserves are sufficient to fund imports for nearly 18 months and provide a buffer against external shocks. However, the government and the Reserve Bank of India are keeping a close eye on the evolving external situation and are adjusting policies and regulations to ensure solid macroeconomic development, "He expressed himself.

"Since the second wave peaked in the first half of May 2021, the Indian economy has shown indications of resurrection on the back of targeted fiscal relief, a strong push for capital spending, RBI's monetary policy measures, and a quick vaccination drive" Chaudhary stated in response to another query. The movement of numerous high-frequency indicators, such as E-way bills and power consumption, reflects this.

Sitharaman explained that India's GDP would drop by 7.3 percent in 2020-21 due to the "once in a century" COVID-19 pandemic and the containment measures implemented to combat it. However, the economy's fundamentals remained robust. She continued, as the gradual lifting of lockdowns, together with the astute assistance of the Aatmanirbhar Bharat Mission, put the economy firmly on the road to recovery in the second half of FY 2020-21.

Global growth for 2021 has been revised upward to 5.6 percent, according to the World Bank's Global Economic Prospects June 2021, she said, owing to a rapid rebound in major economies fueled by ongoing immunization and substantial fiscal support.

In comparison to the worldwide average, India is predicted to grow at a much quicker rate.

Following the implementation of the revised national COVID Vaccination Policy on June 21, 2021, the Indian government is committed to speeding up and expanding the scope of COVID-19 vaccination across the country, she said. As a result, the average daily vaccination rate has doubled to 41.3 lakh doses in June compared to 19.3 lakh in May.

She said that India's cumulative COVID vaccination coverage had surpassed 38 million people, with 23% of the population receiving the first dose and 5.6% of the people fully vaccinated.