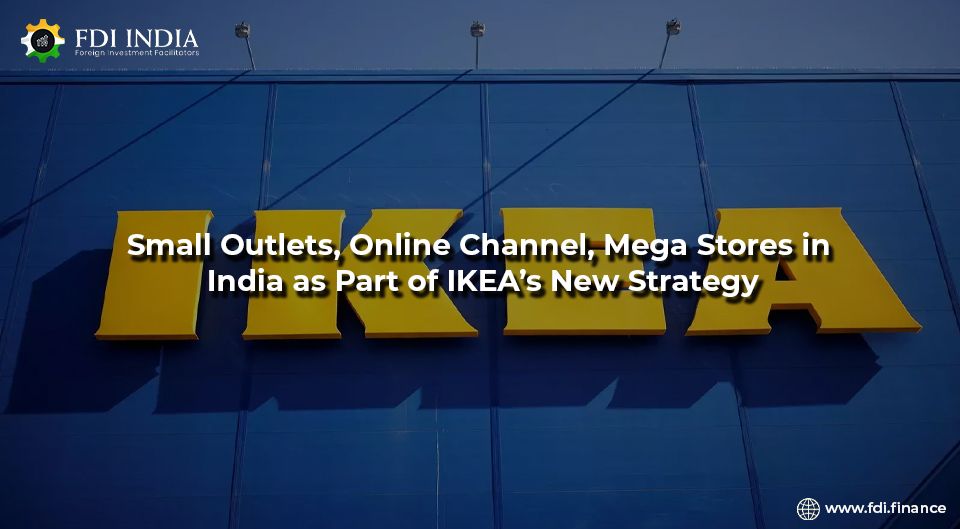 Swedish furniture retailing giant IKEA plans to open small city outlets in parallel with its standard megastores in India that will be supported by an online channel. A senior company official told PTI that the company is tweaking its strategy after observing changing consumer behavior.

To date, IKEA has opened three megastores in Mumbai, Hyderabad, and Bengaluru, and two city centers in Mumbai.

The furnishing giant received the government’s nod for its ?10,500 crore investment for opening its retail stores in India. It had envisioned setting up 10 furnishing and homeware stores and allied infrastructure over a decade in the country. It had also planned to open 15 more stores at the same time.

In an interview, IKEA CEO Susanne Pulverer said that the company’s expansion plans were hampered due to the COVID-19 pandemic. However, the organization is also learning from the first market they opened.

She said that in the retail market of a country like India, smaller formats are likely to work better, and the company needs to be close to where people are.

“According to us, we will have many stores and an Omni channel in India because we see that is the future. The combination, and how many, what year, I am not ready to share all this information yet. We are still working on these plans. We want to go physical and online together,” she said.

Pulverer added that there would also be omnichannel running alongside the smaller formats where people can come and get service for home décor. She further said that IKEA is still in the investment phase of its approved FDI, and subsequent investments have not yet been aligned, but the retailer is committed to a long-term establishment in the Indian market.

Currently, IKEA offers its products online through its website and application to customers in Mumbai, Bengaluru, Hyderabad, Surat, Ahmedabad, and Vadodara.