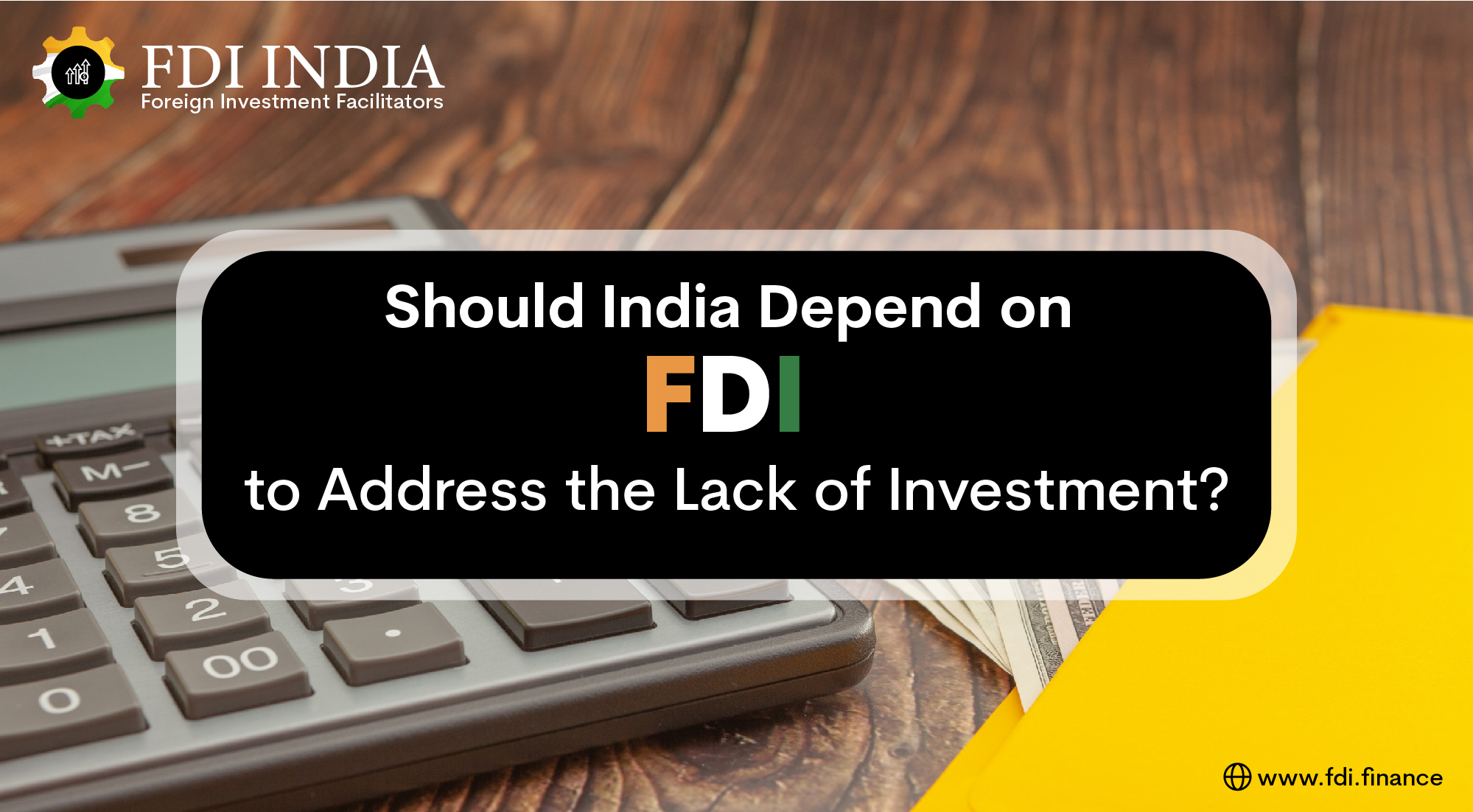 Should India Depend on FDI to Address the Lack of Investment?

Should India Depend on FDI to Address the Lack of Investment?

Investment in India has drastically gone low. As compared to the previous year, the investment has fallen over two-third. In contrast, India's FDI climbed by more than 19 percent. FDI from the USA was one of the vital triggering points, which crossed by over 297% in 2020. Putting aside the economic effects of the virus, most countries have rushed to invest in India and reap the rewards.

Singapore, India's largest foreign investor, boosted its FDI by 25.6 percent, while the Netherlands, India's third-largest investor, increased its FDI by 21.3 percent. It showed that FDI in India remained immune to the epidemic, even though the country's GDP plummeted by 7.3 percent and domestic investors were wary of investing during the crisis.

Despite the pandemic, India's IT sector is flourishing with everything going online and demand to increase internet connection and mobile phones and a large pool of IT curators. With the attractive reforms, India is heading towards a new rank of digitization in the economy, which seems to be a significant reason for other countries investing here. India has surpassed Japan, the techno hub globally, and has become the sixth-largest digitized economy. US investment in India has proven to be a mega transformation in the country in between pandemics. India is also the third-largest producer of covid-19 vaccines.

FDI plays a vital role in boosting the economy of the country and creates employment. In addition, it helped developing nations by creating jobs and supporting their economy.

Because India's FDI potential remained unaffected by the Covid 19 epidemic, a fresh look at FDI policies is required. Instead of viewing FDI as a stimulant to qualitative investment for growth, India's FDI policy has always been framed in the phobia of foreign power foray. Before the 1991 economic reforms, foreign investment policy was subject to foreign power supremacy, such as British predatory. Following the 1991 reforms, considerable liberalization was implemented to attract foreign investment and play a significant role in the economy. Regardless, xenophobia toward foreigners persists.

The COVID pandemic has given the retail business a fresh lease on life. According to a poll by Mckinsey & Co., most shops saw an increase of more than 10% in their online clients throughout the pandemic period. This means that E-commerce has a lot of room to grow. Even if the lockout was lifted, many customers indicated they preferred internet shopping. Eventually, this gives the government more leeway to reintroduce FDI in multi-brand without raising too many eyebrows. The Indian retail industry is one of the world's largest. The retail sector is projected to be worth more than US$1.2 trillion. According to one estimate, it will be worth US$1.7 trillion by 2026.