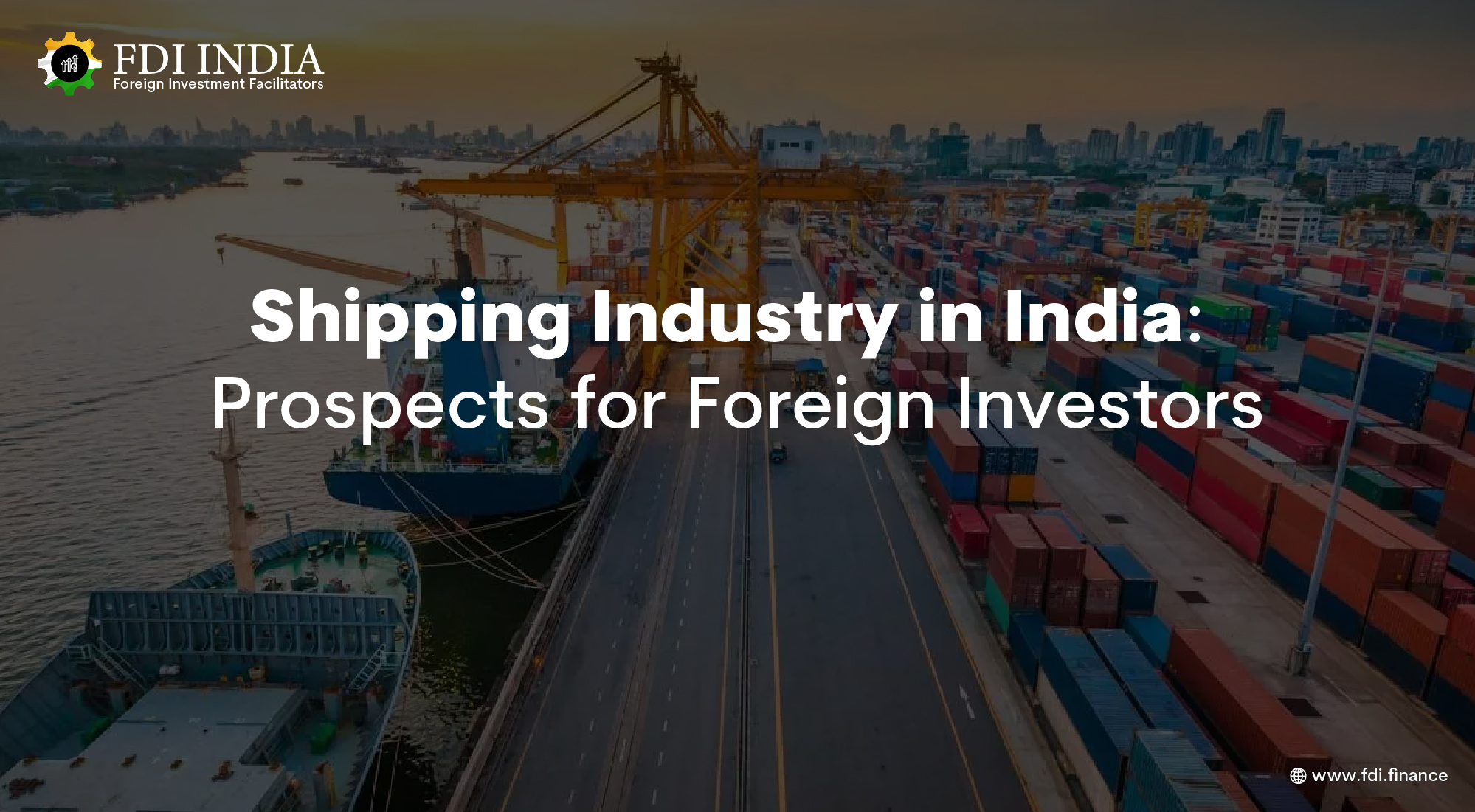 India's strategic position in the Indian Ocean, surrounded by the world's busiest maritime route, emphasises the significance of its shipping sector, which enables 95 percent of the country's foreign commerce by volume. As a result, India has given the growth of its marine industry top priority and is seeking investments worth $81 billion. For port and harbour development projects, India permits up to 100% FDI via the automatic route.

With a 7,517-kilometer coastline, the Indian subcontinent is in a very advantageous position, bordered by the seas of the Indian Ocean Region (IOR), which sustain about 80% of global marine oil traffic. India's economic reliance on the marine industry stems from its large coastline, which is encircled by the world's busiest commerce route.

India's shipping sector is the backbone of its trade and commerce, both in terms of value and volume. According to the Ministry of Ports, Shipping and Waterways (MoPSW), the maritime channel accounts for about 95 percent of India's foreign commerce volume and 70 percent of overall trade value.

In reality, the success of India's "Make in India" programme will be determined by this sector's connectivity and supply-chain capabilities, as well as its manufacturing capability. India's marine fleet strength is 1431 ships as of April 2020.

There are 12 major ports in India, as well as 205 recognised small and intermediate ports. Six of the main ports are on the eastern coast, while the others are on the western. They are governed by the federal government. The marine boards of the various state governments have authority over non-major ports.

Six new mega ports with world-class infrastructure are being developed in the country under the National Perspective Plan for Sagarmala, with Vadhavan port (in Palghar district of coastal Konkan), Paradip port (in Jagatsinghpur district of Odisha state), and Kandla port (in Kutch district of Gujarat state) taking the lead.

The biggest major container handling port in India is Jawaharlal Nehru Port Trust (JNPT) in Maharashtra, whereas the largest private port is Mundra in Gujarat. According to reports, the usage rates of India's main ports, notably JNPT and Kandla, are much higher than the global average. The average turnaround time, or the time between a vessel's arrival and departure, at major Indian ports has dropped dramatically, from 87 hours in FY 2016 to 59.51 hours in FY19. For FY21, the average turnaround time was 62.16 hours.

In India's maritime sector, there are many investment possibilities.

India unveiled 400 new projects in the maritime sector at the recently completed Maritime India Summit in March 2021, with an investment potential of INR 2.25 trillion (US$30 billion) for the development of the Indian coastline. India has also published a 10-year marine sector strategy called "Vision India 2030," which details the country's plans for the sector's growth. Setting up smart ports, creating a Maritime Development Fund (MDF) with a capital of INR 250 billion (US$3.36 billion), and establishing a pan-India port regulatory body are all part of this goal.

Along with the expansion of ports and waterways, India is working hard to expand its shipbuilding and ship repair facilities.

• The government offered a subsidy worth INR 16.24 billion (US$218.40 million) to Indian shipping firms in the Federal Budget 2021-22 to promote merchant ship flagging.

• The Major Port Authorities Act of 2021 was also enacted to match these ports' governance structures with worldwide best practises.

• A new investor-friendly Model Concession Agreement (MCA) has been implemented, which would aid in bringing clarity and consistency to contractual agreements that major ports would sign with investors for projects that follow the construct, operate, and transfer model.

The MoPSW launched a dispute redressal portal, SAROD-Ports (Society for Affordable Redress of Disputes – Ports), in 2020 to help develop confidence in the private sector, as there has been an increasing inclination towards the privatisation of the shipping industry with ports shifting to a landlord model. In the same year, the Ministry introduced an indigenous software solution for vessel traffic services (VTS) and vessel traffic monitoring systems (VTMS), marking a significant step forward in the industry's digitalization.

• Businesses involved in the development, maintenance, and operation of ports, inland waterways, and inland ports will be eligible for a 10-year tax break.