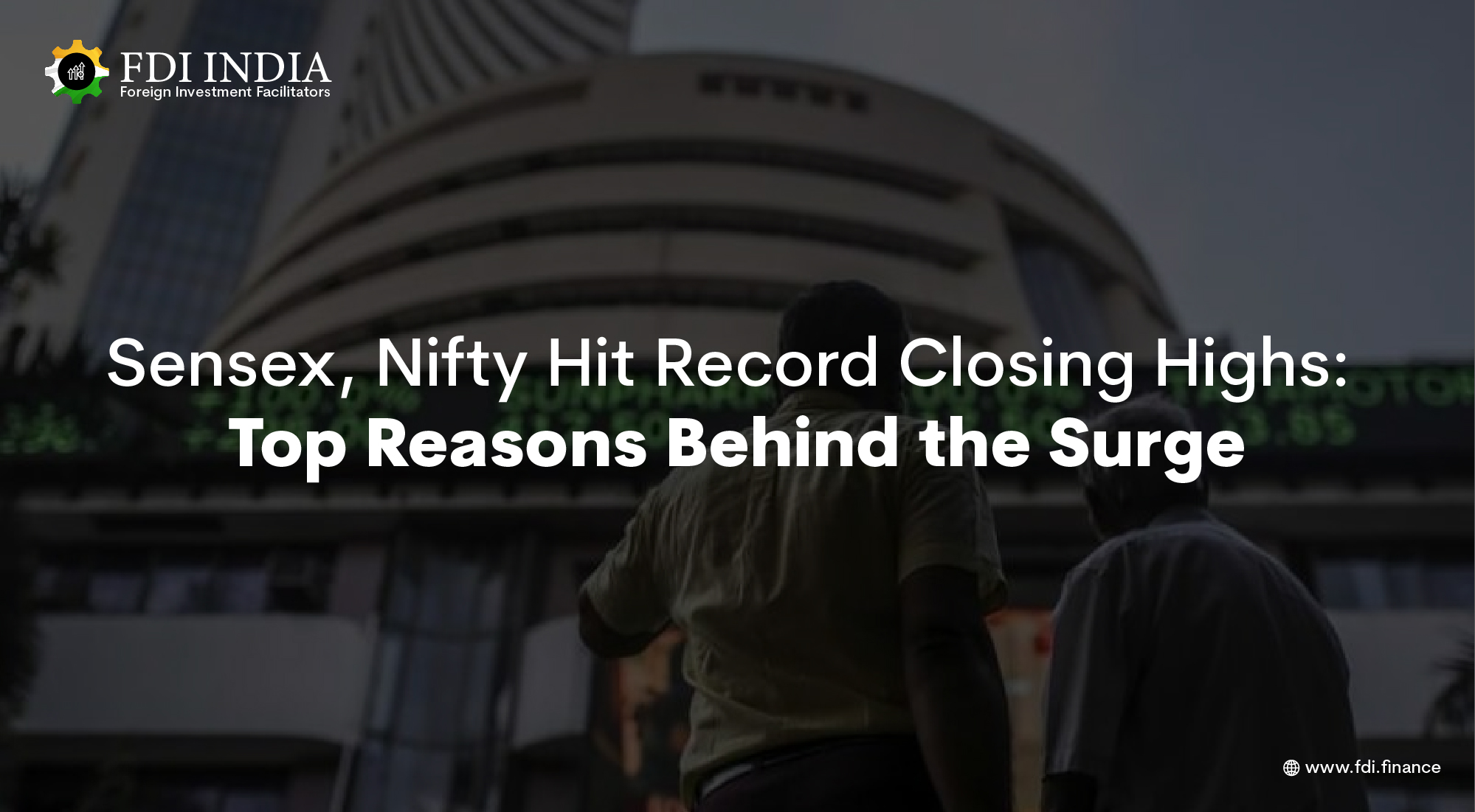 On Monday, equity indexes hit new highs, with the benchmark BSE sensex gaining nearly 750 points on the back of advances in car and metal companies.

The biggest gainers in the sensex pack were Bharti Airtel, Axis Bank, Tata Steel, Titan, Bajaj Finance, and Maruti Suzuki, which rose as high as 4.44 percent.

Tech Mahindra, Nestle India, Infosys, and TCS were the only companies to lose ground, dropping 1.88 percent.

Sub-indices Nifty Metal, Auto, Bank, and Realty rose as high as 2.47 percent on the NSE platform.

The following are the primary causes of today's surge:

* Metal and auto stocks are on the rise.

Hindalco Industries, a manufacturer of aluminium and copper, and Tata Motors, a carmaker, were among the best performers on the Nifty 50 index, gaining more than 2% apiece.

After reports that Tesla Inc was in talks with at least three local companies to source critical electronic, electrical, and mechanical components as part of its plans to enter the Indian market, auto parts suppliers Bharat Forge, Sona BLW Precision Forgings, and Sandhar Technologies rose 6.2 percent to 13.7 percent.

* The dovish attitude of the US Federal Reserve

The Federal Reserve chair, Jerome Powell, said that the US central bank would be gradual in dialling down its stimulus, which boosted market confidence.

Powell reaffirmed the US economy's recovery and explained why monetary policy is not being tightened any time soon. He went into great length about why he believes a rise in inflation is just transitory, but he provided no indication of when the central bank intends to reduce its asset purchases, other than to suggest it might happen this year.