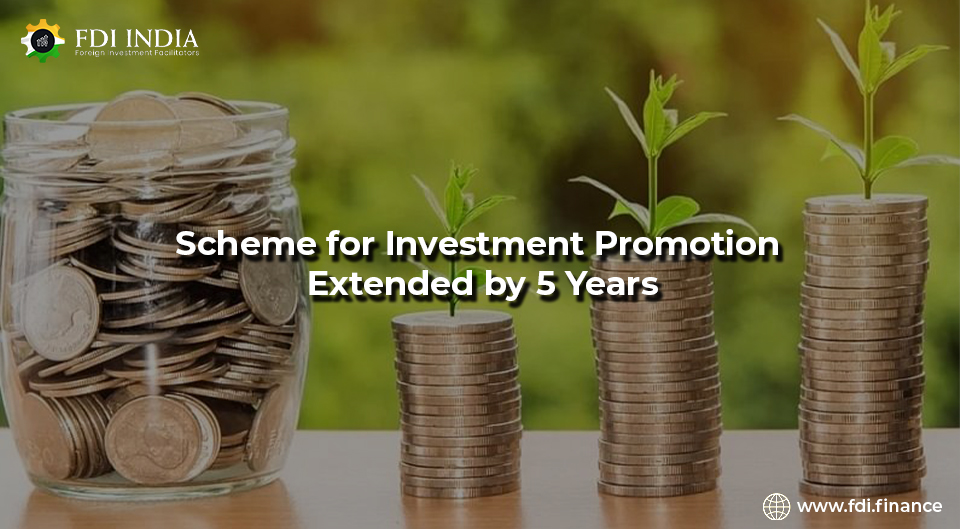 According to a notification by the commerce and industry, the union government has approved the continuation of the Scheme for Investment Promotion (SIP) for five more years with Rs. 970 crore being allotted for the same.

“The central government has approved for continuation of the SIP, a Central Sector scheme, for the duration of five years (2021-22 to 2025-26) with a financial outlay of Rs. 970 crore,” the notification said.

The scheme is designed to include elements that promote investment into the country, fostering FDI inflow through better international relations and augmenting the country’s competency.

The Department for Promotion of Industry and Internal Trade (DPIIT) has initiated various measures and reforms to boost foreign investment in India, such as Make in India, creating a GIS-based Industrial Information System, National Investment Clearance Cell and setting up of project development cells.

The scheme was previously implemented from 2017-18 to 2019-20 after being launched on November 11, 2008. The government plans to keep the momentum by continuing with the activities covered under this scheme using a more focused approach.

“Given this, the continuation of the Scheme for Investment Promotion from 2021-22 to 2025-26 has been approved with certain components including investor targeting and facilitation, project management activities, and foreign travel,” the notification said.