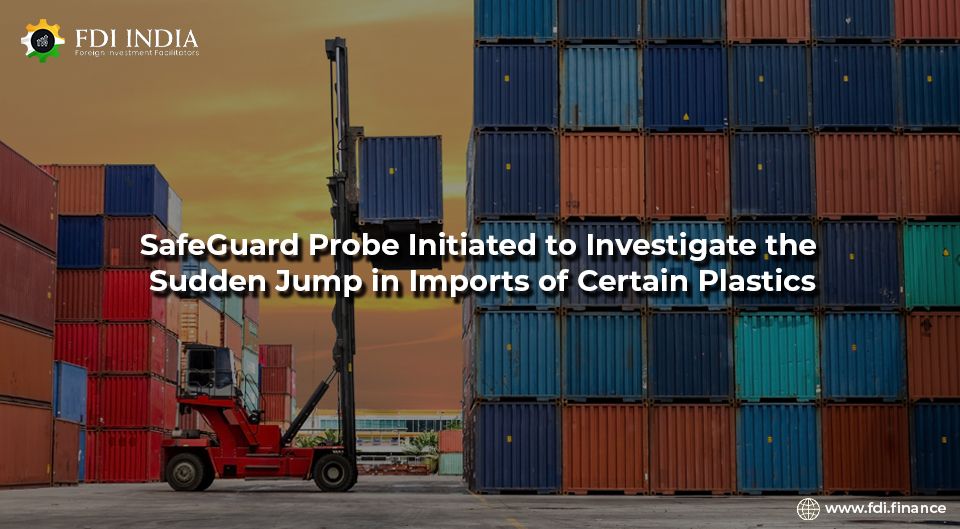 While the world is profoundly moving toward a greener and more environmentally friendly world, India seems to have taken a step in the right direction with a probe into the sudden increase in imports of certain kinds of plastics. The impetus behind this safeguard probe being a complaint filed by domestic industries.

The Directorate General of Trade Remedies has undertaken an investigation into the imports of PVC suspension resins with residual VCM above 2PPM. These plastics are used in different industries, such as PVC pipe manufacturing, packaging, wiring, insulations, and medical products.

Chemplast Cuddalore Vinyls and DCW Ltd were the two prime applicants behind the probe. According to the application filed, there has been a sudden, sharp, and recent increase in the volume of imports in India, which has been harming the domestic industry and is posing significant threats to the future of domestic industries.

The companies have asked for the imposition of safeguard measures in the form of quantitative restrictions on imports. "On the basis of the duly substantiated application filed by the petitioners, and having satisfied itself on the basis of the prima facie evidence submitted by the domestic industry, the authority considers that there is sufficient evidence to justify initiation of safeguard investigations…," the notification said.

The probe would dive down deep into the matters to ascertain whether the imports have shown an abrupt and sharp increase in the recent period and as a result of unforeseen developments, and do they pose a threat of serious injury to the domestic industry in the future.

Measures such as quantitative restrictions are the remedies available to the world trade Organisation member countries. These would help provide a level field and a harmonious environment for the business to grow. In addition, these quantitative measures would help level the field for domestic manufacturers if there is a significant increase in the import of a product.

While it's DGTR's job to ascertain whether there has been a spike in the import of plastics or not, a sudden and abrupt increase and its intent to harm the domestic industry is what quantitative restrictions would contain. These would help maintain a free trade market that is impervious and free of foreign trade forces. These would also help reduce the chances of future price instability, which market forces such as abrupt imports can induce. A market free of devoid practice balances its demand and supply forces culling out an effective price for goods and services.