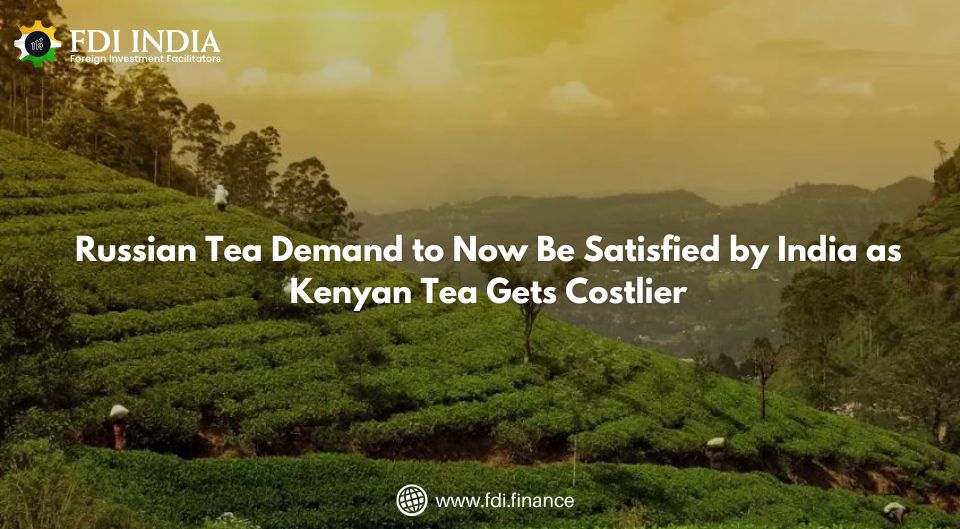 India being an ardent trade partner with Russia even after a world of sanctions has collapsed upon the latter, has now sought a resolute contention to sell extensive amounts of tea to it. Russia itself has come forth as a prime importer of Indian tea as Kenyan tea got costlier for Russia.

Indian tea exports jumped up to a rate 5% higher than that reported in the first eight months of 2022. Compared on year to year basis, though, the price realization fell 13% per kg as Russia is particularly buying cheaper teas from south India.

Russia, as a country, prefers orthodox teas rather than the contemporary tea bag trend that is currently going on. Russia has been purposefully purchasing the common varieties of CTC teas as they provide better value to Russian importers.

Russia has been one of the largest buyers of Kenyan tea, but recently the prices of Kenyan tea have soared up. Data released from the East African Tea Trade Association reported that the price of tea has increased to $2.37 a kg now from a meager $2.27 a few weeks ago.

Mohit Agarwal, a director at Asian Tea Company, said: "Russia is buying teas from South India now. They are lesser in price compared to Assam teas. So, there is a drop in unit price realisation."

Some of the most prominent importers of Tea from India are

Earlier in the year, the prices of the tea in the international market had reduced due to the war going on between Russia and Ukraine. According to available data, the average price of a kilo of Indian tea was Rs 183.36, which was reduced to Rs 160.63 during the earlier parts of this year. The average price of tea in Kazakhstan was around Rs 211.55 in 2021, which after the break out of the war this year, was reduced to as low as about 168.66 this year.

But in recent times, the importance of the nation as a tea exporter has again soared up as Russia has brought significant demand for its tea requirements to our national shores. The conditions are pretty different apparently than the ones present when the war broke out, as prices for tea in Kenya and other nations have soared up. While Russia has been sanctioned to limit its foreign trade partnerships, India has been an ardent partner of the country. Russia has also helped India gain a fair share of advantage in foreign trades with cheaper crude oil trade and wheat exports. But the price drop reported earlier due to the war still affects the trade.