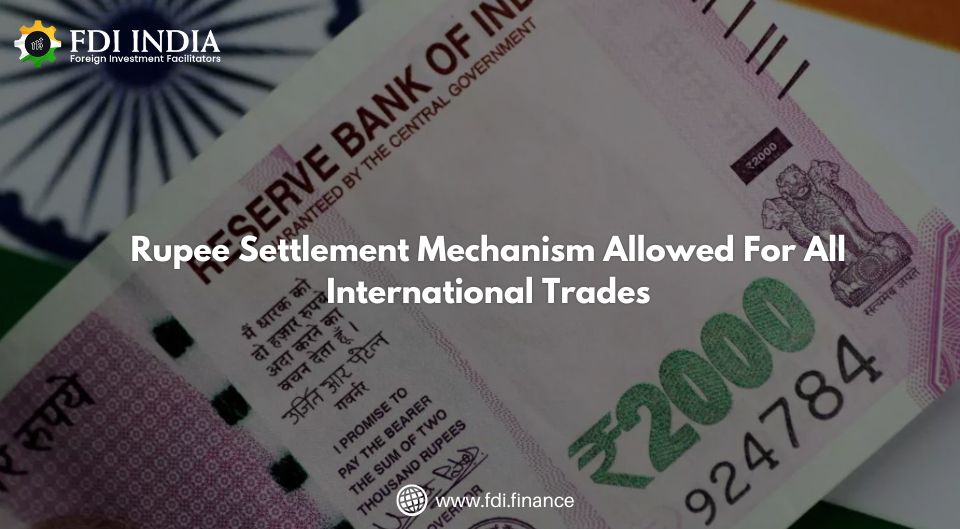 From Wednesday onwards, India allows rupee settlement of international trade for export promotions in the foreign market. The policy has been in the works for quite a while, being executed earlier as well while settling trade deals with Russia. Reserve Bank of India had asked banks to put in place additional arrangements for export and import transactions in the Indian currency with the view of increasing the interest of the global community in the domestic currency.

Under the mechanism being promoted by the Indian government, all exports and imports would be denominated and invoiced in rupees, with the exchange rate in-between the trading partner countries left to be determined by the market.

"The move will help exporters set the most competitive pricing for their exports as they would be eligible for all benefits. Moreover, there are no foreign exchange risks involved," said Ajay Sahai, director general Federation of Indian Export Organisations. The mechanism is thought to be an essential step in facilitating trade with Russia, Iran, Bangladesh, and Sri Lanka.

As per the notification, the changes have been introduced in the foreign trade policy for the grant of export benefits, incentives fulfillment of export obligations, and for export realization in INR as per RBI guidelines.

"Accordingly benefits/incentives/fulfilment of export obligation under the Foreign Trade Policy has been extended for realisations in Indian rupees as per the RBI guidelines dated July 11, 2022," it said.

Some of the profound banking institutions of India have been vocal about the possible demerits of the mechanism as a way of settling international trade. According to them, settling international trade with this mechanism might bring the nation to be the subject of international trade sanctions. Still, these prohibitions and prejudices were brought forward during the trade settlement in between India and Russia was in process. According to certain banking institutions, dealing with Russia using Indian currency was considered a straight route into sanctions.

The mechanism also helped the strain that was impacting the Indian economy in the wake of Russia's invasion of Ukraine In late Feb. The rupee, although it has fallen further after that as well, however, it has recouped some of the losses and settled at 81.43 per dollar as of now.

According to the Reserve Bank Of India, exporters and importers can now use a special Vostro account linked to the correspondent bank of the partner country for receipts and payments denominated in rupees, RBI said. Apart from these primary functions, the special Vostro accounts could also be used for payments for projects and investments, import or export advance flow management, and investment in government treasury bills – subject to the Foreign exchange management act, 1999 (FEMA).

The rupee mechanism was thought to be a one-time deal that was to facilitate trade deals with Russia as the latter was under sanctions to limit foreign trade, but since the transaction, India has been in an ardent pursuit to make the mechanism a prominent procedure helping foreign trade facilitation as well as increasing the rupee circulation worldwide. However, how the mechanism would fare in the real world is yet to be seen.