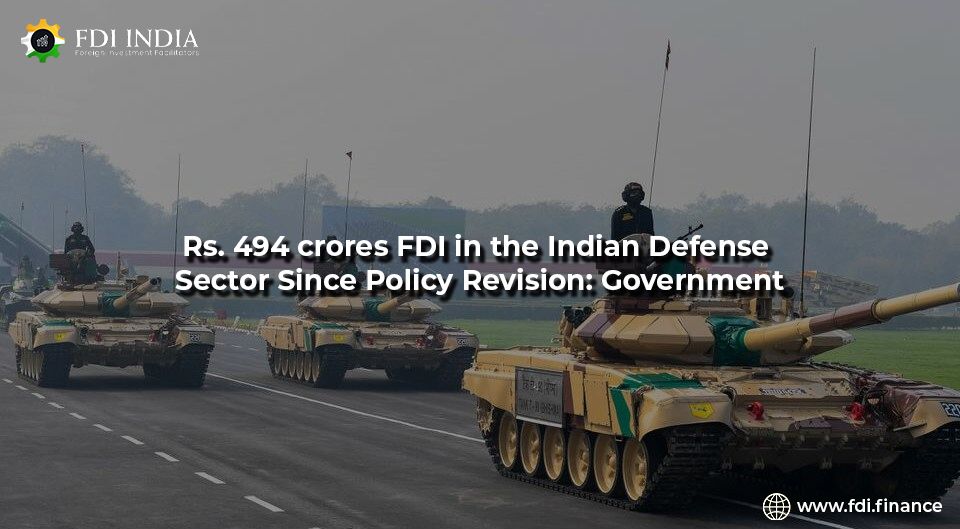 India witnessed a total inflow of Rs. 494 crores in foreign direct investment (FDI) in the defense sector till May 2022 since the notification was issued in September 2020 regarding the policy changes and reforms to be implemented, the government told the Lok Sabha.

The Central government has undertaken a slew of measures in recent years to reduce India’s dependence on military and defense imports and boost the domestic defense manufacturing industry.

“In 2020, the government announced increasing the foreign direct investment (FDI) limit from 49 percent to 74 percent under the automatic route and up to 100 percent through the government route in the defense sector,” said Ajay Bhatt, Minister of State for Defense.

Answering a question about the number of young women recruited in the National Defense Academy (NDA) in the last three years, Ajay Bhatt said that 19 positions have been allotted to women in the batch that commences in July. “Facilities for women cadets at NDA are similar to their male counterparts. However, gender-specific administrative arrangements have been catered for.”