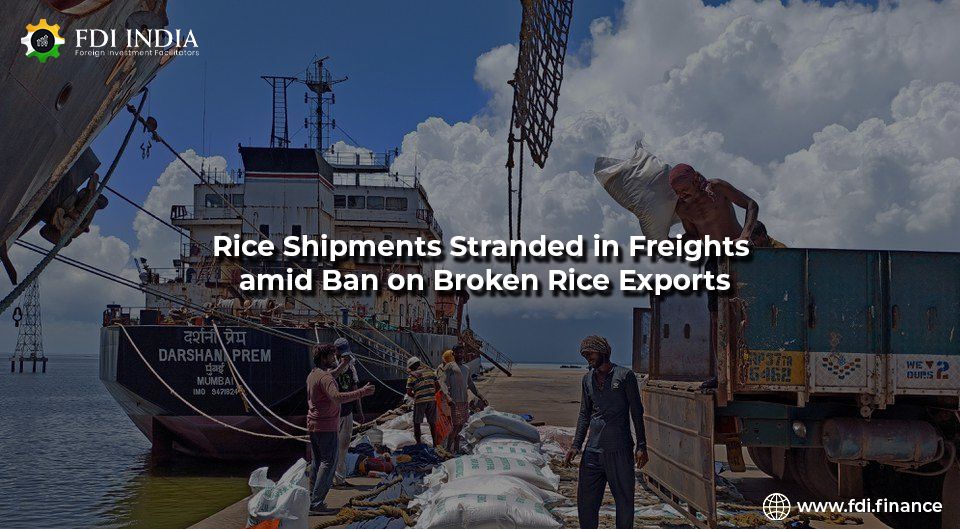 Following the government's decision, close to a million tons of rice are stuck at ports and containers, waiting to see the sunrise beyond the seas and borders; this has caused a sudden trauma to the International Rice Trade. Exporters stuck in this predicament have raised their voices to the DGFT to allow the shipments to be transported to their destinations.

India imposed a ban on the Export of broken rice and levied a 20% duty on exports of various other types on September 8. Regulations turned effective from September 9, giving exporters no time to bring a change to their trade decisions.

The new duty structure would discourage foreign Buyers from diverting their demands toward other rice-producing countries like Thailand and Vietnam, which in recent times have been struggling to improve the amount of exports they do. Although, according to exporters, Letters of credit for the shipment were executed before the new export duty notifications came through and were executed. Exporters are still worried that authorities might demand export duty on the same, which would cause exporters to incur huge losses as buyers would not want to pay the bill. Therefore, exporters had asked DGFT to let the Export of rice, whose contract was finalized before the ban was executed to be commenced.

In the past, there have been exemptions for export contracts backed by Licenses of Credits or payment guarantees in similar circumstances, which were issued until the day government made a change. This could be a big blow to the overall exports of the nation as India exports about 2 MT of rice every year from across all of its ports.

Lesser rains in central rice-producing states of Uttar Pradesh, Bihar, Jharkhand, and West Bengal have impacted paddy acreage this Kharif season, increasing the price of the staple across the country.

According to government estimates, the country's rice production could fall by 10 MT this year. In FY22, India produced 111.7 MT of rice during the Kharif season. Another reason for the export duty on broken rice is their use in producing ethanol.

According to stats, The top 5 rice exporting countries, India, Thailand, Vietnam, and the United States OF America generated almost 74.2% of the global value for rice exports during 2021. Here are a few facts for you to take a look at yourself. Listed below are some of the highest rice exporters during the last fiscal year.

The data showcases how formidable India has been as a rice exporter in the last fiscal year. However, India's numbers might decline due to the current ban imposed, and the predicaments exporters find themselves in. Hopefully, DGFT will seek a solution to the issue soon.