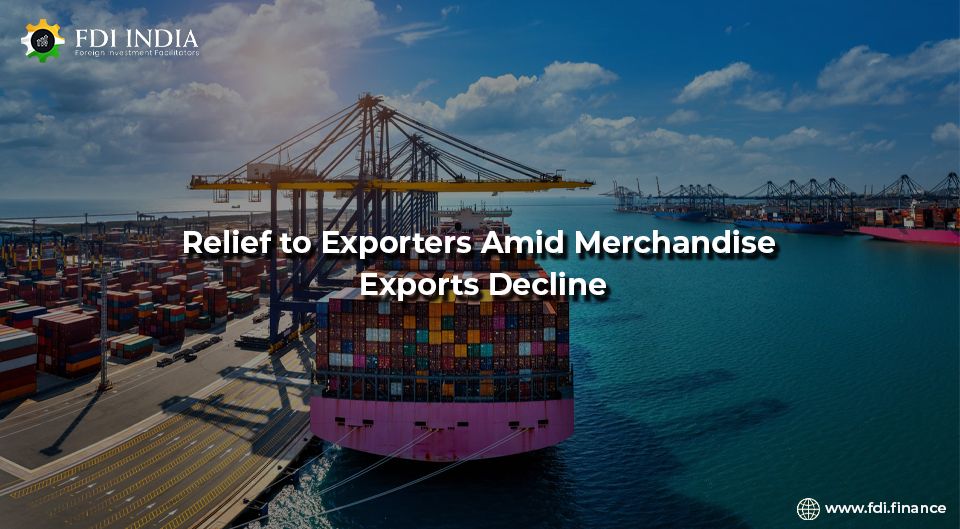 In an ode to provide exporters with relief, the government on Thursday reduced the export obligation under a key incentive scheme for 192 products whose exports declined more than 5% on year in Financial year 22. This list of products included certain types of materials such as Silver, Precious metals and Concentrates, revolvers, and pistols. Further on the list also included wristwatches, citrus fruits, and some textiles.

In a notification, the Directorate general of foreign trade said that its regional offices will re-fix the average annual export obligations under the EPCG scheme, which would directly help the manufacturers in India as it allows the import of capital goods for pre-production. Production and post-production at zero customs duty.

"This implies that the sector /product group that witnessed such decline in 2021- 22 would be entitled for such relief " according to the DGFT.

Spices such as ginger and turmeric, woven cotton fibers, cheese and curd, paint varnishes, garments, and tomatoes are also among the goods identified for the relief. The relief comes amid India's merchandise exports contracting sharply at a rate of 16.65% to $29.78 billion in October with key sectors such as petroleum products, engineering goods, and textiles.

India's goods exports in FY22 were $422 billion as against $291.8 billion in Fy21. India's exports entered a negative territory after about two years, with a sharp decline of approximately 16.65% to $29.78 billion in October. One of the primary reasons behind the fall has been a global slowdown; even the trade deficit widened to $26.91 billion, as reported by the data released by the Commerce ministry on November 15.

Some of the sectors that showcased decline remained to be gems and jewelry, engineering, petroleum products, readymade garments, chemicals, pharmacy marine products, and leather.

In a recent media briefing, Sunil Barthwal reported that the global headwinds have impacted consumption worldwide and would have an impact on exports as well. According to a statement made earlier by the World Trade Organisation, global trade would grow by 3.5% in 2022 but would only showcase a rise of about 1%c in 2023. Experts have commented that rising domestic consumption along with economic growth is leading to higher imports, particularly of raw materials, capital goods, and intermediate goods.

According to the Federation of Indian Export Organisations, the slowdown in merchandise exports is a reflection of toughening global trade conditions amid demand slowdown on account of high inventories, rising inflation, economies entering in recession and increased volatility in currencies and geographical tensions.

As per the data released by the commerce ministry, exports to major destinations such as the US, UAE, China, Bangladesh, Uk, and Saudi Arabia recorded negative growth in October. On the other hand, exports registered positive growth in the Netherlands, Singapore, and Brazil. During the April –October this fiscal, exports to china dipped by 37.3% to $8.8 billion. While at the same time, its rose by a rate of about 8.4% to $47 billion in the case of the US. The amendment in export obligation would help in promoting the merchandise exports that have been showcasing a recess.