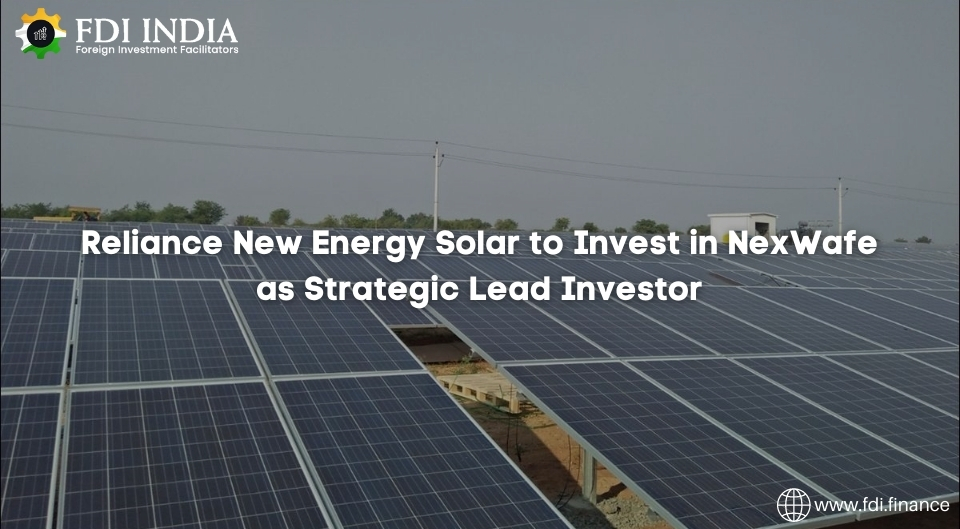 NexWafe GmbH (NexWafe) announced on Tuesday that Reliance New Energy Solar Ltd (RNESL), a wholly-owned subsidiary of Reliance Industries Ltd, has joined the company as a strategic lead investor in its 39 million euro ($45 million) Series C financing round, with a 25 million euro ($29 million) investment in phase one. NexWafe's commercial development of solar photovoltaic products on prototype lines in Freiburg will be accelerated thanks to Reliance's funding.

In addition, Reliance and NexWafe have signed an India Strategic Partnership Agreement for the collaborative development and commercialization of high-efficiency monocrystalline "green solar wafers" at scale. Reliance will get access to NexWafe's patented technology as a result of this collaboration, and intends to construct large-scale wafer production facilities in India based on NexWafe's methods and technology.

Mukesh Ambani, chairman of RIL, stated: "In all of our companies, Reliance has always believed in being ahead of the technological curve. Our collaboration with NexWafe exemplifies this once again, as we start on an ambitious goal to fulfil India's fast expanding economy's cheap green energy requirements " Our investment in NexWafe represents a significant step forward in India's green energy transformation and establishing the country as a worldwide leader in photovoltaic production. We think NexWafe's revolutionary ultra-thin wafer will provide solar producers with a substantial competitive edge over current photovoltaic technologies, allowing customers in India and across the world to reap the advantages of solar energy more rapidly and effectively.

NexWafe is advised by ACXIT Capital Partners exclusively. Legal advice for the business is provided by international law firms GORG and Raeder. On this deal, Linklaters served as Reliance's legal counsel, while Deloitte served as its accounting and tax counsel.