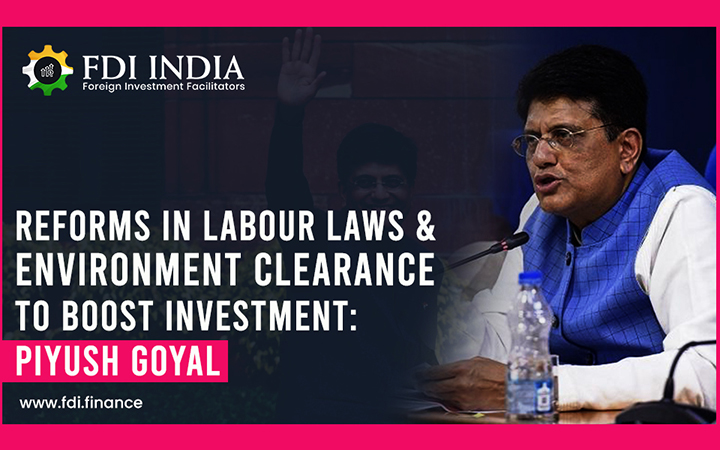 While addressing the Parliament on Friday, Commerce and Industry minister Piyush Goyal said that reforms towards self-certification, labour laws, and environment clearance will boost investment and production.

He added that as per the World Economic Outlook of the International Monetary Fund, India continues to grow faster than the rest of the world in terms of global growth rate. “The government has been continuously taking measures to boost investment, production and demand through its initiatives such as Make in India, Startup India, Ease of Doing Business, Business Reform Action Plan, Intellectual Property Rights (IPR) Policy and sectoral schemes/programmes. Foreign Direct Investment (FDI) policy and procedures have been simplified and liberalised progressively,” said Goyal.

According to Piyush Goyal, the government has made upfront released Rs 70,00ng and liquidity of Rs 5 lakh crore to increase credit flow to industries. He further said that in order to boost demand and consumption banks have cut interest rates, a move that wou0 crore to state-run banks and made additional provision for lendild lead to lower equated monthly instalments for home, auto and other loans.

Apart from this, corporate tax rate has been cut to 22 per cent for domestic companies and 15 per cent for new domestic manufacturing companies. Also the ban on the purchase of new vehicles in ministries and departments has been lifted.