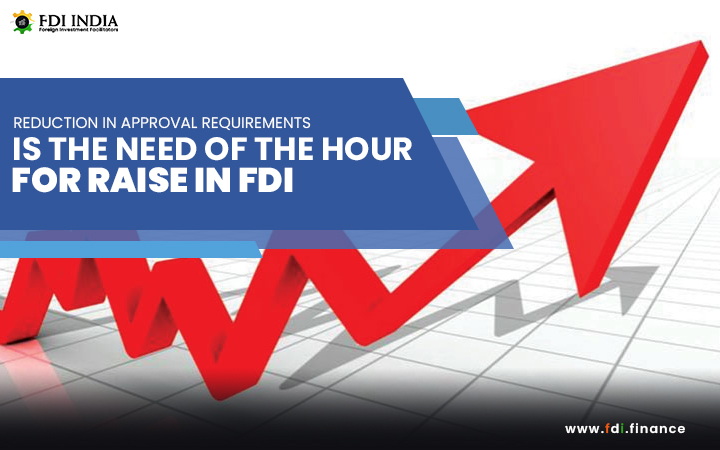 In order to prosper in the after pandemic world it is vital for India to make some changes in the FDI policies which in turn help the country to attract global investments. One of the major polices of India that require amendments is the huge number of approvals that are required for FDI as this might be a policy that is warding off global investments from the country.

There was expert discussion being held on the webinar by the Indo-American Chamber of Commerce (IACC) and Invest India on the topic "Investments into India and the USA". The experts in this webinar discussed in detail the strategies that will aid in easing international business to flood in India and also give a major boost to the Indo-American economic cooperation and the measures that would be beneficial for both the economies.

In the discussion it was said that India should boost the ease of doing business in the country by bringing reduction in tax and regulation bottlenecks and help the foreign organizations who are willing to shift their base from China.

Nishith Desai, Founder and Partner at Nishith Desai Associates said "India needs to develop the art of visualization. It’s not easy to uproot all of the current investment from China to India overnight".

Due to the pandemic and its origin being of China there is a anti-China sentiment in many country which is the reason why many organizations are thinking of shifting the base in China.

According to Desai the companies who have already made huge investments in sectors such as infrastructure, land use and technology will only be shifting to a country that is very welcoming to international businesses.

He said "It is not very easy to migrate from China to India. For manufacturing, we need to be careful about environmental issues, especially around pollution."

Dave Springsteen, Partner at public accounting firm Withum, said that the aboard organizations that are willing to set up base in India have to face a committee of secretaries from 35 Central ministers/departments and also an overall regime of 767 pre-operational licenses.

"That’s beyond all inspections, approvals and renewals you need after the work begins, he said, adding that for the Indian side, the barrier stems from the lack of single-window clearance for investors".

Sunil Kaul, Managing Director & Head, Southeast Director Asia for the Carlyle Group, said that India is in tough competition to the other Southeast Asian countries which are welcoming to foreign businesses such as Vietnam.

"We need to keep simplifying our tax systems and provide ease and predictability in tax systems and regulatory systems so that people who want to invest are aware of what they're getting into".

Timothy R. Lavender, Partner at Kelley Drye, said the Indian companies who set their base in US also have to face the issues such as "the lack of proper paperwork, according to different states and the federal department".