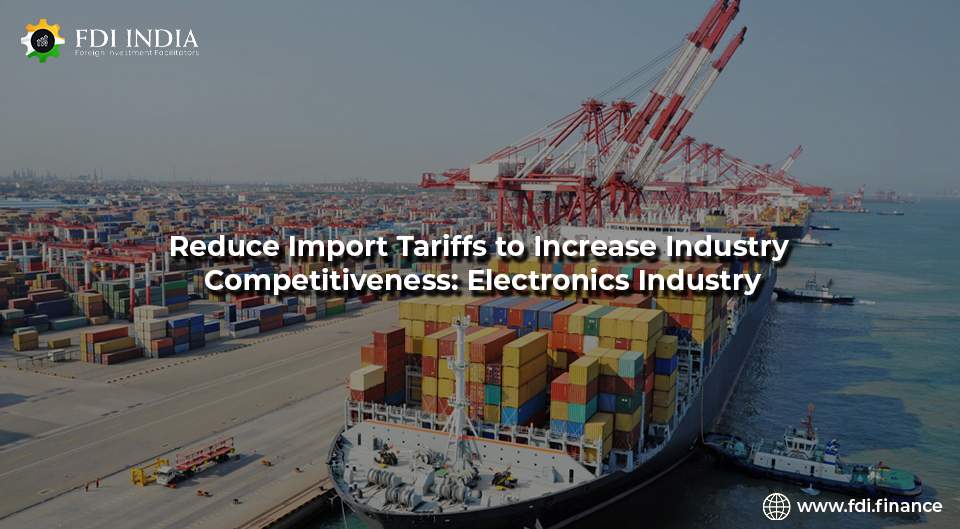 The report also mentioned that import tariffs were nullifying the effect of industry-friendly schemes such as the production-linked incentives (PLI) scheme.

It further added that an underlying reason for increasing the tariff is that India’s large market size, coupled with higher tariffs, would attract more foreign direct investment (FDI).

“This presumption may not be true for the electronics sector as a whole. India’s domestic market is not very large compared to the global market. Moreover, the comparison with competing economies suggests that the size of the domestic market does not necessarily result in higher exports or deeper links with global value chains (GVCs). This implies a need to carefully consider the possible adverse impact of raising tariffs on exports and even investment,” the report said.

The report was compiled after comparing India’s tariffs with those of China, Vietnam, Thailand, and Mexico. It consists of a detailed study of 120 tariff lines of priority products for the electronics industry and the previously mentioned four nations.

The imports make up 80% of the cost of mobile phones – the largest contributor to India’s $75 billion electronics sector.

The report further highlighted that India’s competing economies utilize a combination of trade and investment policies for economic growth.

They focused on enhancing the domestic capabilities to become significant participants in global value chains, and attracting foreign investments using subsidies and an investor-friendly business environment.

“However, among the policies followed by India and its competing economies, there is one major difference. India has higher tariffs and it relies much more on increasing tariffs compared to its competing economies. India’s policies are thus driven by the domestic market rather than opportunities in global markets,” the report added.

“A $300 billion manufacturing target by 2026 requires stability and prior consultation before finalizing tariffs. Tariffs go to the core of competitiveness and scale. For Union Budget 2022-23, we request the government to review all tariffs on inputs for PLI schemes and reduce tariffs in areas where there is no local capacity,” said Pankaj Mohindroo, Chairman, ICEA.