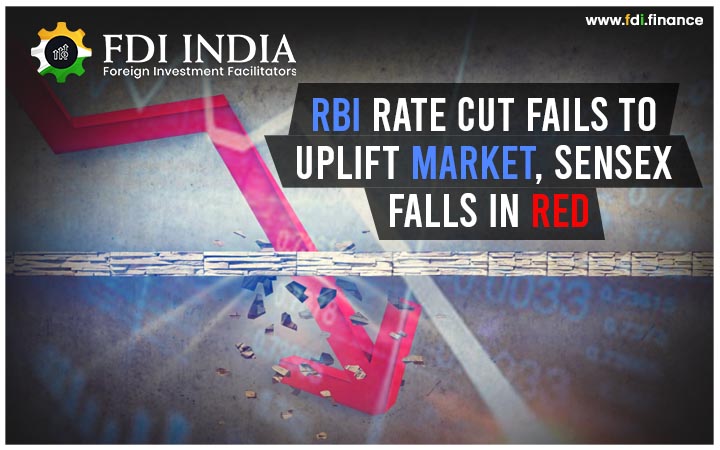 On Friday afternoon, stock markets in India erased all their initial gains with the BSE Sensex trading over 250 points lower, although the Reserve Bank of India (RBI) announced an emergency rate cut of 75 basis points.

During the initial period, the 30-stock Sensex tumbled after gaining over 1,100.

The initial euphoria in the market was dampened by the RBI governors concerns over the impact of  lockdown on the global economy.

So far, Axis Bank, State Bank of India and NTPC gained the most where on the other hand Bharti Airtel, IndusInd Bank and Maruti Suzuki lost the most.

As the COVID-19 pandemic grips the nation with over 700 cases and at least 17 deaths in the country,  RBI Governor Shaktikanta Das announced a 75 bps cut in repo rate to 4.4 per cent.

However, the governor warned that there is a high possibility of the global economy plummeting into a recession.

"Expectations of a shallow recovery in 2020 from 2019's decade low in global growth have been dashed," Das said.

"The outlook is now heavily contingent upon the intensity, spread and duration of the pandemic. There is a rising probability that large parts of the global economy will slip into recession."