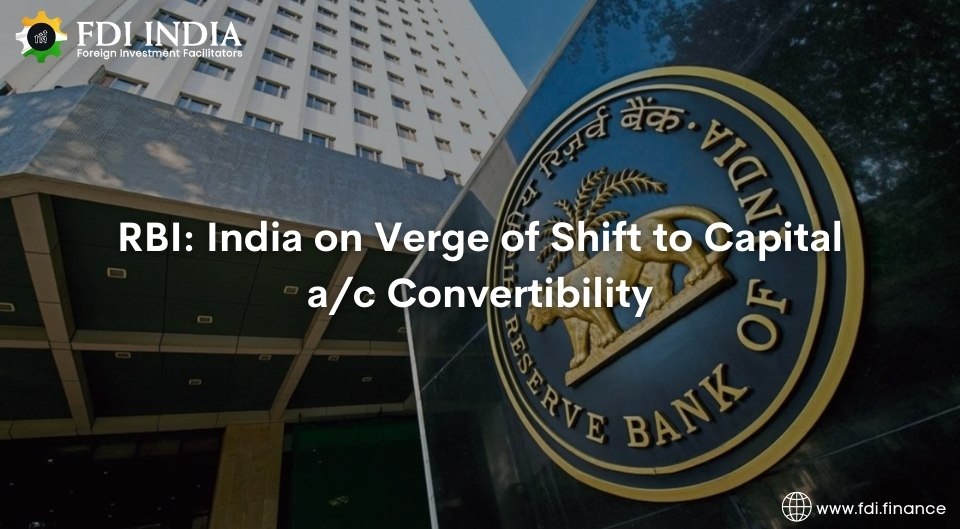 According to Reserve Bank of India (RBI) deputy governor T Rabi Sankar, India is on the verge of making a major shift toward capital account convertibility by enhancing integration of offshore and onshore markets and giving non-residents greater access to debt markets. According to him, the limitations under the liberalised remittance system (LRS), which enables Indians to transfer up to $250,000 overseas each year, should be reviewed to account for the requirements of higher education and startups.

The deputy governor's remark on pushing forward on convertibility comes at a time when the nation is seeing massive capital inflows from FPIs and FDIs, including private equity financing of startups. Statements in favour of convertibility are regarded as a vote of confidence on the international front, since the RBI has generally relaxed capital controls to allow foreign investments to offset inflows.

"With the establishment of the fully accessible route (FAR), which puts no restriction on non-resident investment in selected benchmark securities, there is an attempt to further liberalise FPI debt flows." "Because practically all assets will come under the FAR category over time, the trend is unmistakably toward ultimate unrestricted entry for non-residents into government securities," Sankar said at the Foreign Exchange Dealers' Association of India (FEDAI5th )'s annual day on Thursday.

After the restrictions are increased, debt flows to government securities (G-secs) are expected to rise, according to Sankar. "Efforts to include India in global bond indexes, as well as the complementing effort to place G-secs under global custodians, if accomplished, would promote future debt flows," he added.

The LRS restricts the amount of funds that resident Indians may send. “Because the LRS has been in operation for some time, it may be necessary to evaluate it in light of changing needs such as higher education for youth, the need for startups, and so on. There may even be an argument for reconsidering whether the limit should stay constant or be tied to some economic indicator for individuals," Sankar added. Until the epidemic, Indians had been contributing an average of $1.5 billion each month for a variety of reasons, including education, travel, and family upkeep. Due to the pandemic, this fell to an average of $1 billion last year, but has since risen to an average of $1.2 billion in the first quarter.

According to Sankar, foreigners with significant debt holdings may expose India to the danger of abrupt reversals. However, if India is included in global indexes, this danger is minimised. "Index investors are reluctant to engage in rapid reversals, so there is a natural safety mechanism." From a macroprudential standpoint, it's possible that the 'totally accessible path' should be connected to index inclusion," Sankar added.

According to the deputy governor, banks should prepare themselves to deal with changes in business processes as well as global risks connected with capital convertibility. He claimed that the regulator's role was restricted. "A regulator's function is similar to that of a gas regulator in the kitchen: it can't guarantee the quality of the meal, but it can save the kitchen from blowing up," he said.