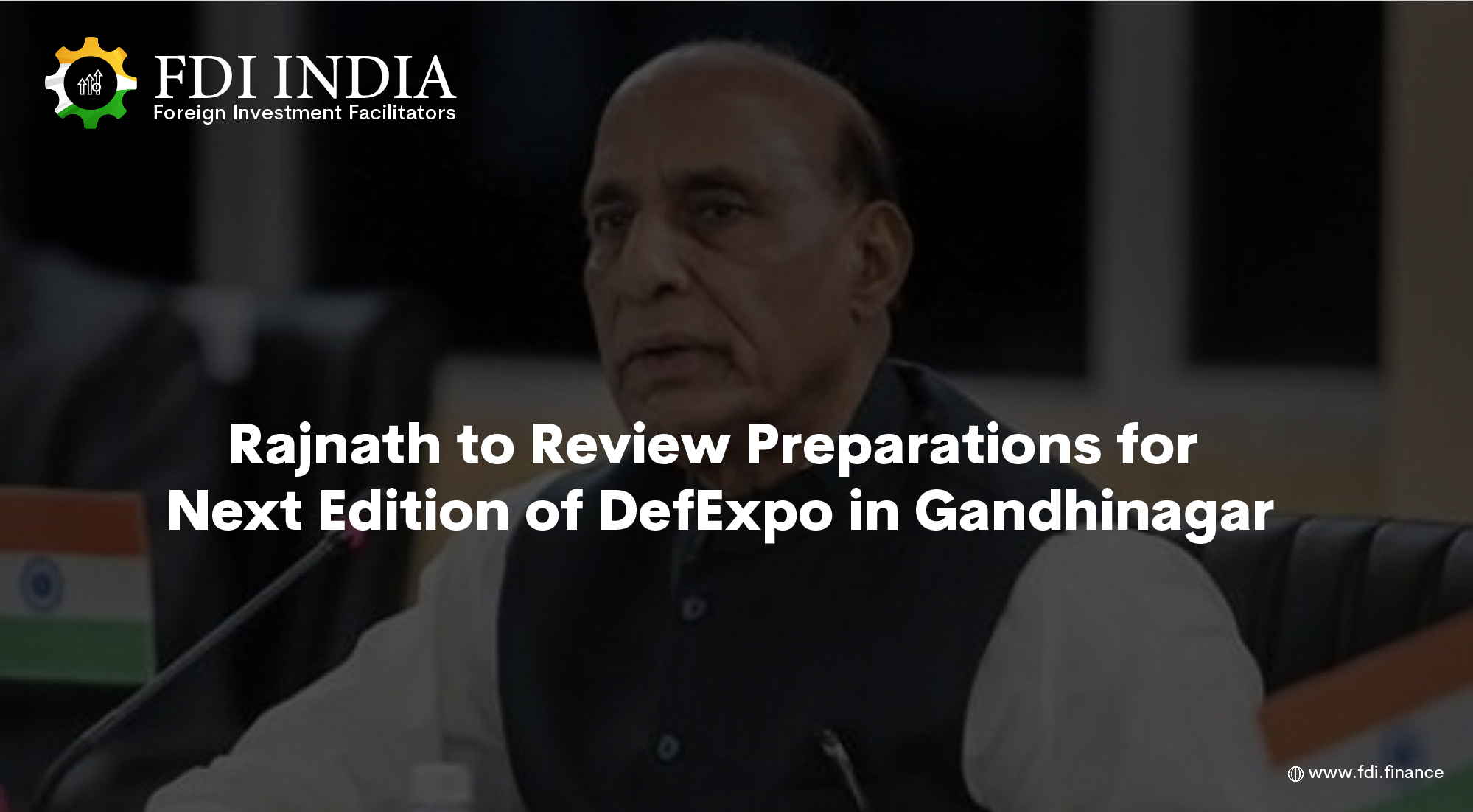 On Thursday, Defence Minister Rajnath Singh will assess preparations for the next edition of India's major defence expo, the DefExpo, which will be held in Gandhinagar, Gujarat, in March of next year.

Officials said the defence minister would visit Gandhinagar on Thursday to oversee the preparations for the DefExpo-2022.

The DefExpo will take place from March 11 to 13.

The expo will concentrate on showcasing India as a growing centre for military gear production.

Major international and local military companies are scheduled to exhibit their newest weapons and systems at the DefExpo's 12th biannual edition.

Last year, the 11th edition of DefExpo was held in Lucknow.

According to authorities, the subject of the next DefExpo will be "India: The Emerging Defense Manufacturing Hub."

At the occasion, the government is likely to showcase steps aimed at transforming India into a military manufacturing centre.

In the past several years, the government has taken a number of steps to boost the local defence sector.

In May of last year, the government stated that the automatic route FDI ceiling in the defence industry will be increased from 49 percent to 74 percent.