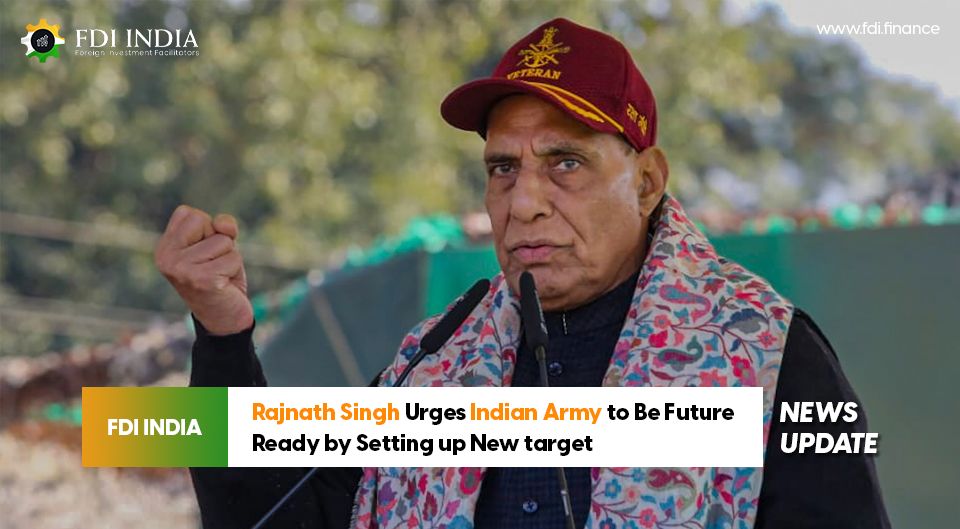 On the celebrations of Army Day on Sunday, Indian Army was given a target by Defense Minister Rajnath Singh of being future-ready.

“Today, on the auspicious occasion of Army Day, I give a target on behalf of the government and the society. That is- the Indian Army to be future ready-he said”.

The Defense Minister of India further said that most of the armies of the world in current times are engaged in their modernization and are working on their thoughts and ideas.

The Indian Army is working on technology and organizational structure too, and unparalleled research is going on, besides the consideration of new platforms and equipment, he said.

In this context, The Defense Minister asked the Indian Army to keep this in mind while working on their strategies, policies, and tactics tomorrow.

Rajnath also said that having a strong security system has helped India to record their highest ever FDI (foreign direct investment) inflow of 83.57 billion dollars in the previous financial year.

“You all know that when a business house invests in a country, it does it very carefully, after checking a lot and looking at the security arrangements there,” he said.

The Indian Army has faced all the challenges successfully within the country, including threats from the western and the northern borders, Rajnath said, while adding that this has been possible because of the commitment of the Indian Army to uphold the tradition of being rich in courage, valor, and sacrifice of the country.

According to UBS Securities, India’s next Major Growth Drivers are Capex, Manufacturing and Digitalization