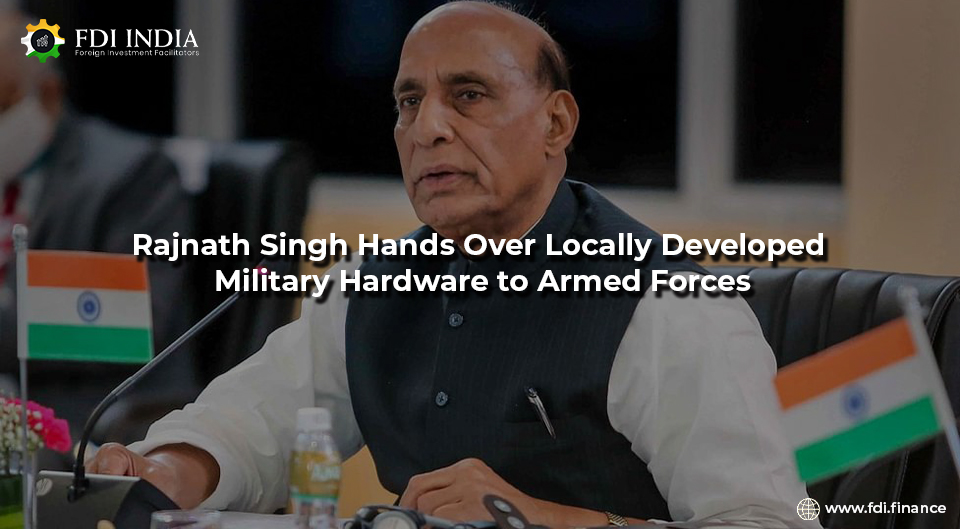 Defense Minister Rajnath Singh handed over military hardware developed and manufactured domestically to the armed forces in a step towards making India self-reliant in the defense manufacturing sector.

The hardware included a smart air-launched weapon, an advanced radar countermeasure system and anti-drone systems. The weapons and systems were developed by the Defence Research and Development Organisation (DRDO).

The government has taken notable measures like increasing the foreign direct investment (FDI) limit in the defense sector to 74 percent from 49 percent under the automatic route to boost indigenous defense manufacturing.

The handover took place during the seminar on ‘Preparing for Future’ at DRDO Bhawan in New Delhi, held as part of the nationwide celebrations to mark the 75th year of Indian Independence.

The prominent defense systems handed over to the armed forces include the smart anti-airfield weapon (SAAW), which can target enemy airfield resources like runways, radars, taxiways and bunkers, and the counter-drone systems to rapidly detect, intercept and small drones that pose a security threat.

As per officials, SAAW has a range of 100 km, and the anti-drone system will give the military both ‘soft kill’ and ‘hard kill’ options to deal with the novel aerial security threat.

‘Soft kill’ refers to jamming the hostile drone, while ‘hard kill’ involves a laser-based kill system. The drone threat has come into the spotlight after the June 27 attack on the Jammu Air Force Station, which was the first time drones were used offensively to hit an Indian military facility.