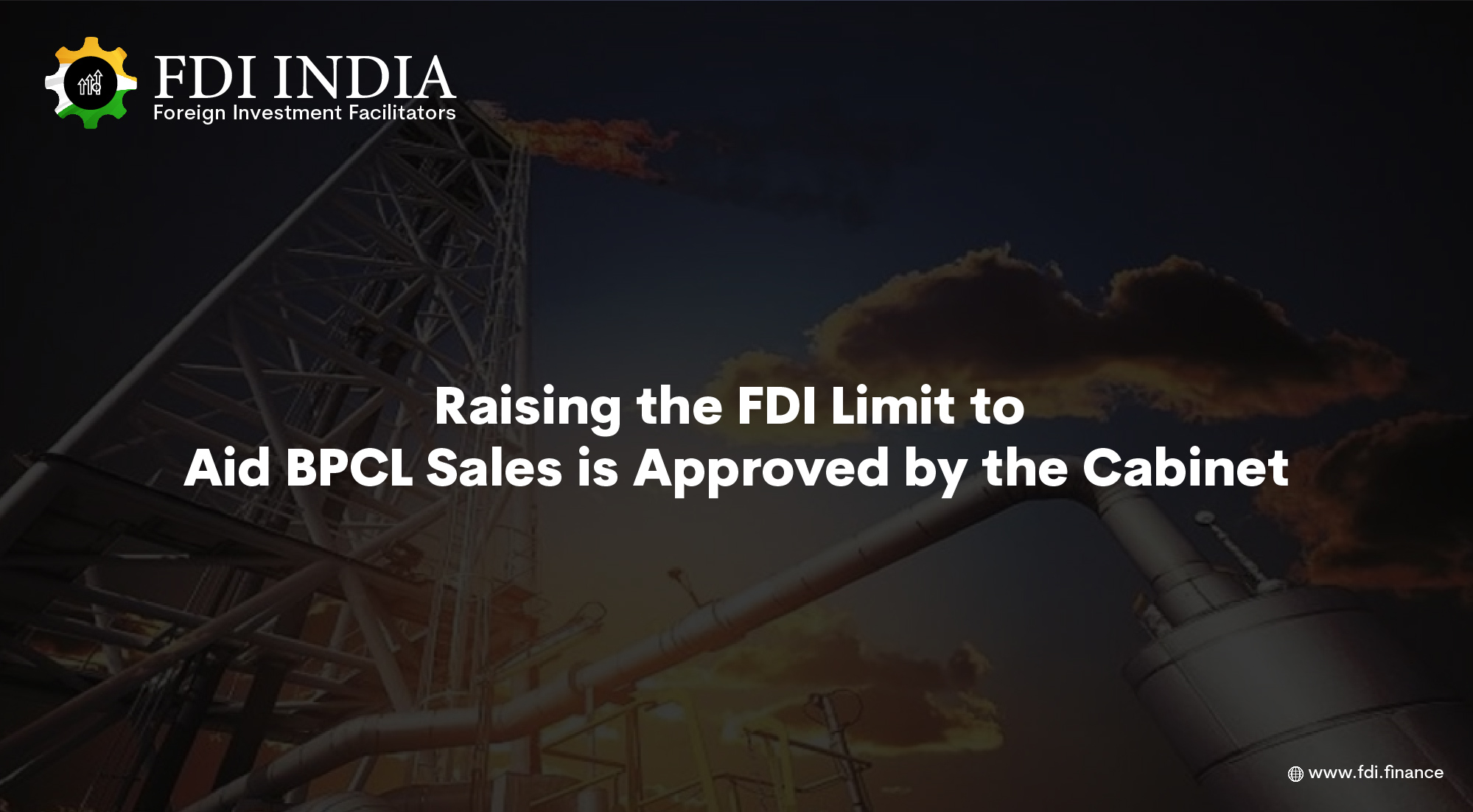 Because of this restriction, Bharat Petroleum Corporation Ltd (BPCL) could not have been sold to a foreign player. In the first round of interest (EoI) expressions, two of the three companies interested in buying out the government's entire 52,98% stake in BPCL are foreign entities.

A government official explained, "What has been allowed is raising the FDI limit only in the case of disinvestment."

Oil refineries promoted by PSUs will continue to have a 49 per cent FDI limit, set in March 2008. But, now, the government is selling only BPCL's stake. As a result, Indian Oil Corporation (IOC), the country's largest oil company, is the only oil refining and marketing company directly controlled by the government.

Foreign Direct Investment (FDI) in oil refineries promoted by public sector companies increased from 26 to 49 per cent in March 2008. It is mandatory for any company acquiring BPCL's 52.98 per cent stake to make an open offer to buy an additional 26.5 per cent of the company's shares from other stakeholders at the same price.

Apollo Global and I Squared Capital's Think Gas are in the race to buy the government's stake in BPCL from Vedanta, an Indian mining-to-oil conglomerate.

Disinvestment proceeds from the sale of the stake in India's second-largest fuel retailer are expected to reach Rs 1.75 lakh crore in fiscal 2021-22, a record (April 2021 to March 2022).

15.33 per cent of India's oil refining capacity and 22 per cent of the fuel marketing share will be transferred to the buyer. For the stake sale, the government has not yet called for financial bids.