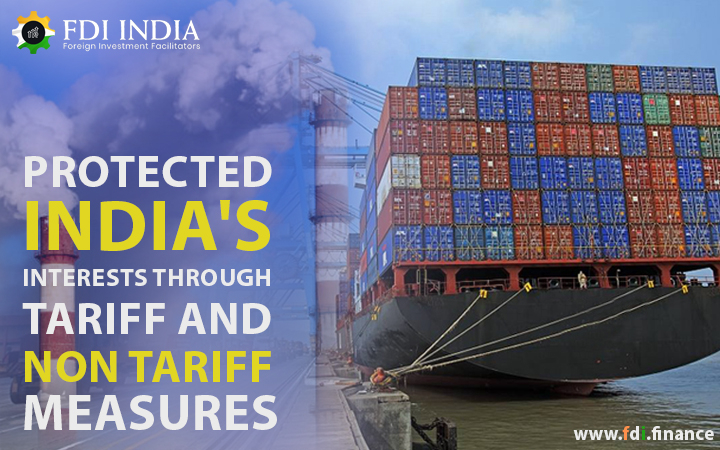 On 21st September 2020, Piyush Goyal, Commerce and Industry Minister said in the Lok Sabha that the government of India has been implementing various measures that include tariff and non-tariff measure that will ensure the safeguarding of the interest of the private and public sector organizations and will also aid them in the sale of the products produced by them at competitive prices in the foreign markets.

The minister had replied to a question on the decline in India's Manufacturing sector that "Tariff and non-tariff measures have been taken to regulate the nonessential import of goods and services. Appropriate use of trade remedies by way of safeguard, countervailing and anti-dumping duties have been used to protect domestic manufacturers,”

He further added, "The sudden outbreak of Covid-19 has severely impacted more than 196 countries across the globe including some of the major players like the USA, European Union, UK, and India."

For the Certificate of Origin, a common digital platform has been launched that will facilitate trade and raise Free Trade Agreements utilization by exporters. The government of India is on its path of promotion of the districts as the export hubs.

The Minister also said that 31% of the market authorizations granted by USFDA in 2019-20 have been secured by Indian Pharma Companies which indicated that no issues are being faced by the Indian companies in the production of new products.

Comments have been received from more than 100 stakeholders including Indian and foreign industry associations, think tanks, foreign governments on the draft e-Commerce Policy that was made public on February 23, 2019.

The Minister said that the foreign investments from China were $743 million that also includes the investments that were made in the Startups via FDI equity inflow in FY18-FY20.

Minister Piyush Goyal said, "It is estimated that with the improvement in the COVID situation worldwide, the demand for tea and export of organic tea will improve significantly,”