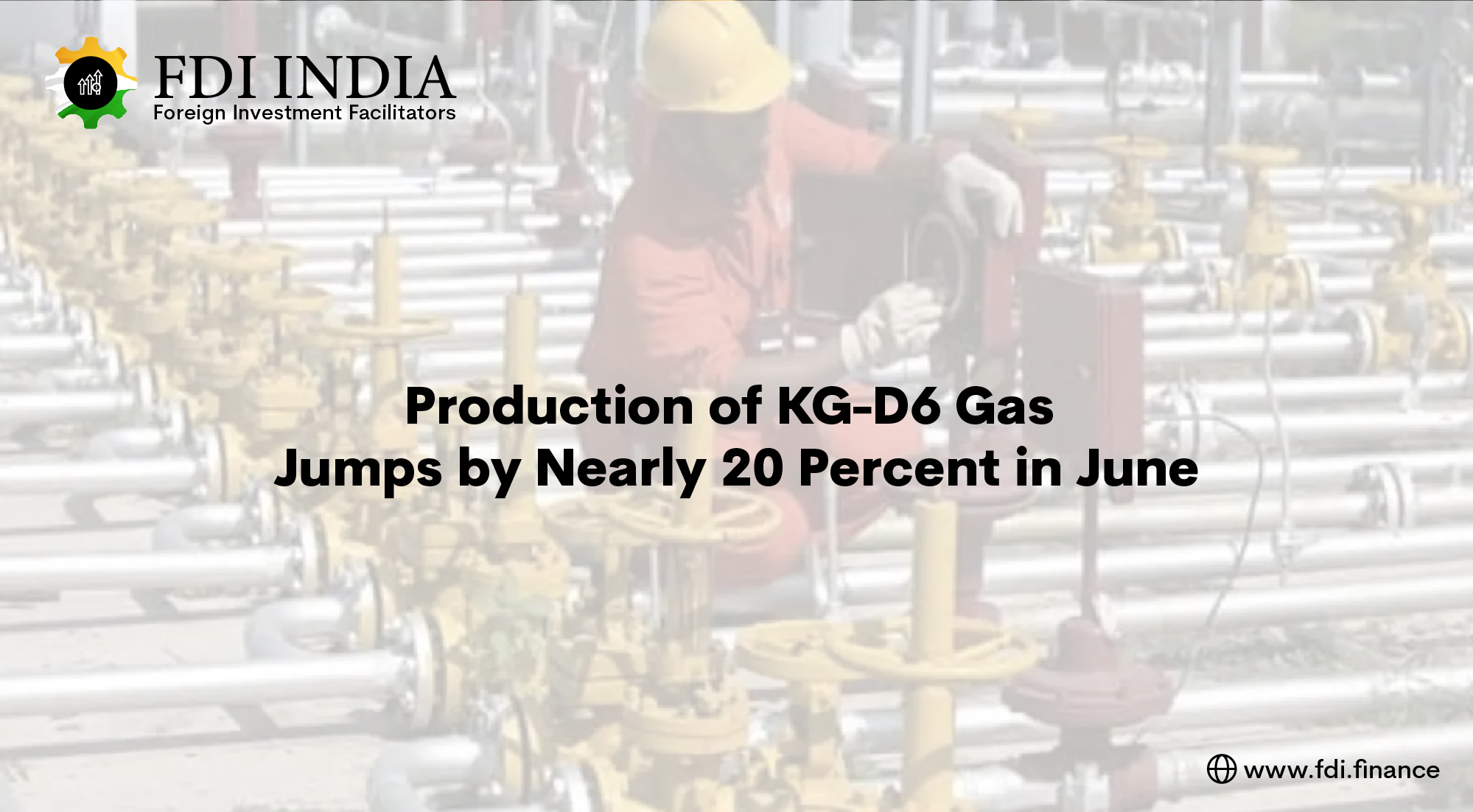 According to government data released on Friday, Reliance Industries Ltd and BP Plc ramped up output from their eastern offshore KG-D6 block, India's natural gas production jumped 19.5% in June. According to the data, data released by the Ministry of Petroleum and Natural Gas shows that India produced 2.77 billion cubic metres of natural gas in June, up from 2.32 billion cubic metres in the same month last year.

On a year-over-year basis, this is the fifth month in a row that output has risen.

Gas production will increase due to contributions from the D-34 field of KG-DWN 98/3, which began in December 2020, and satellite cluster wells (which started in April 2021)," the report said.

In the Krishna Godavari basin, off the east coast, Reliance is the operator of block KG-DWN-98/3 or KG-D6. The firm began producing in December after the second wave of discoveries in the block. This field started in the mid-1980s with D-34 or R-Series, followed by Satellite Cluster in the 1990s.

O&G's KG-D6 production more than made up for a drop in output from fields operated by O&G. (ONGC).

A field-wise breakup was not possible.

State-owned ONGC and Oil India Ltd (OIL) produced less crude in June than in May.

18.4 million tonnes of crude were refined in June, a 5 per cent increase over the same period last year when the economy was almost at a standstill because of the nationwide lockdown.

19.17 million tonnes of fuel were produced by the refineries in June, a 4 per cent increase from May. BALANCE ANZ