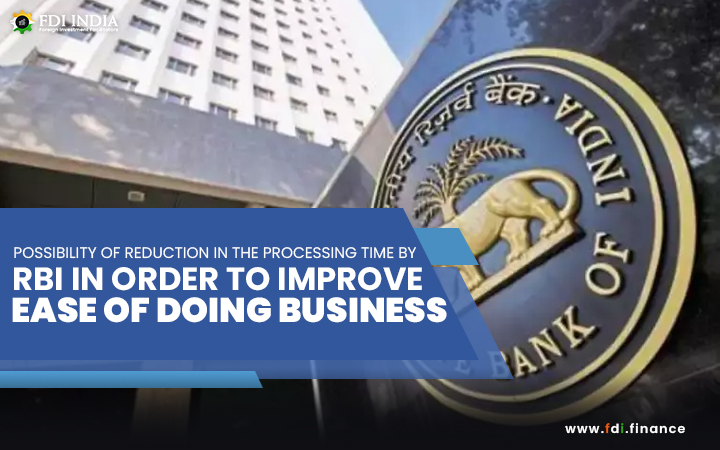 On July 27, 2020, a notification was published in which the central government has granted the RBI the power for the administration of the FDI regime.

This also includes the allowance of the central bank for interpreting the rules, guidelines, and grant exemptions in accordance with FDI. This move is said to cut down the processing time for the foreign direct investment applications.

This is also going to impact the ease of doing business in India which is a very positive thing for the Indian economy. The government of India is not leaving any stone unturned in order to make sure that the business environment of India is business friendly.

FDI policies of India are very much liberal in comparison to the other countries and the government of India keeps on working to make the FDI policies in the favor of the investors in order to attract more foreign investments in the country.

Even during the hard times of the pandemic where the world economy is suffering but FDI in India is on a high. There are many big FDI announcements that are going to come in the future and India is in no plan to put a curb in the foreign investments.

Through the notification released on July 27, 2020, the RBI will have more power in the administration of the issues in regard to the foreign direct investments in India.